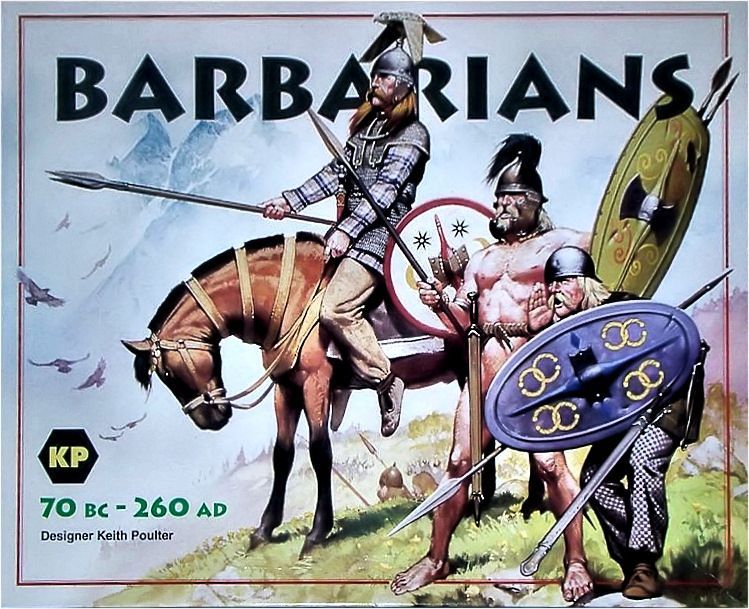 Barbarians recreates the situation along the Rhine-Danube frontier of the Roman Empire in the years 70 BC to 260 AD. The game has 32 scenarios which can be played solitaire or by 2 players. Some scenarios can be adapted for play by 3 or 4 players. Scenarios range in playing time from 2 to 20 hours. It has an 8 page rulebook and is a straight forward UGO/IGO hex and counter war game. It is very much the unofficial expansion to Caesar's Legion. The rules are 99% similar to Caesar's Legion.