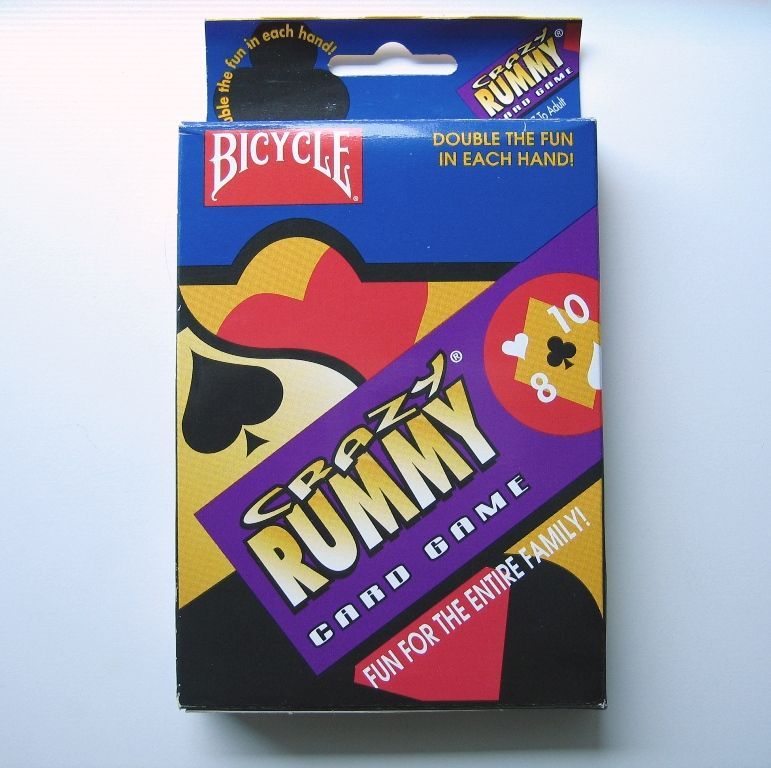 Crazy Rummy is a basic Rummy game with a very strange deck. It coprises a standard 52 card deck plus 2 jokers but on lower half (or crazy half) of the card is a seperate card that does not match. As an example the Ace of Spades showes the King of Hearts at the bottom and the 10 of Hearts showes the 4 of Clubs. Each player is delt 10 cards and as in standard Rummy you can put down melds of runs or sequences. They can be from either side but the sides can not be mixed. When one player goes out points are scored for the cards left in the opponents hand. Counting the standard side only Aces count 1 point, face cards 10 points and all other cards face value. The game is played to 200. There are also other game suggestions included in the rulebook.