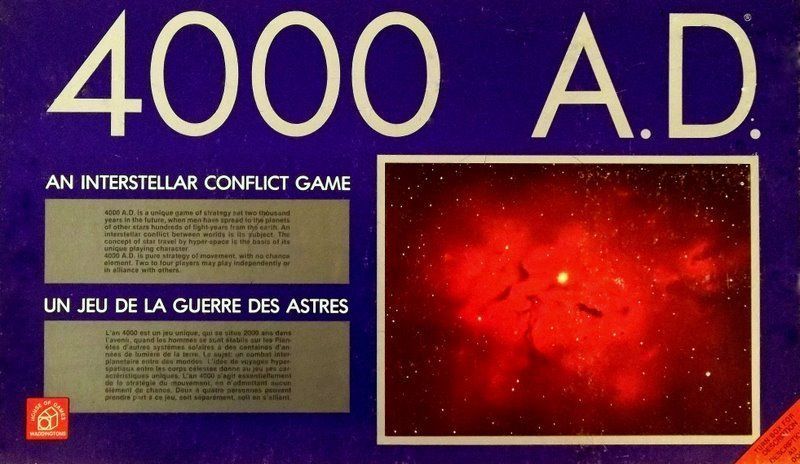 4000 A.D. is a unique game of strategy set two thousand years in the future, when men have spread to the planets of other stars hundreds of light-years from the earth. An interstellar conflict between worlds is its subject. The concept of star travel by hyper-space is the basis of its unique playing character. 4000 A.D. is pure strategy of movement, with no dice-based chance elements. Two to four players may play independently or in alliance with others. Players use fleets of space ships to battle opposing fleets and to claim stars. Fleets move using a hidden hyper-space movement system based on the distance between stars. No logging of hidden movement is required, all tracking is done openly which adds an element of guesswork and tension to the question of where opposing fleets in hyperspace are headed. Captured stars generate more ships. Victory is determined by the last player to be eliminated.