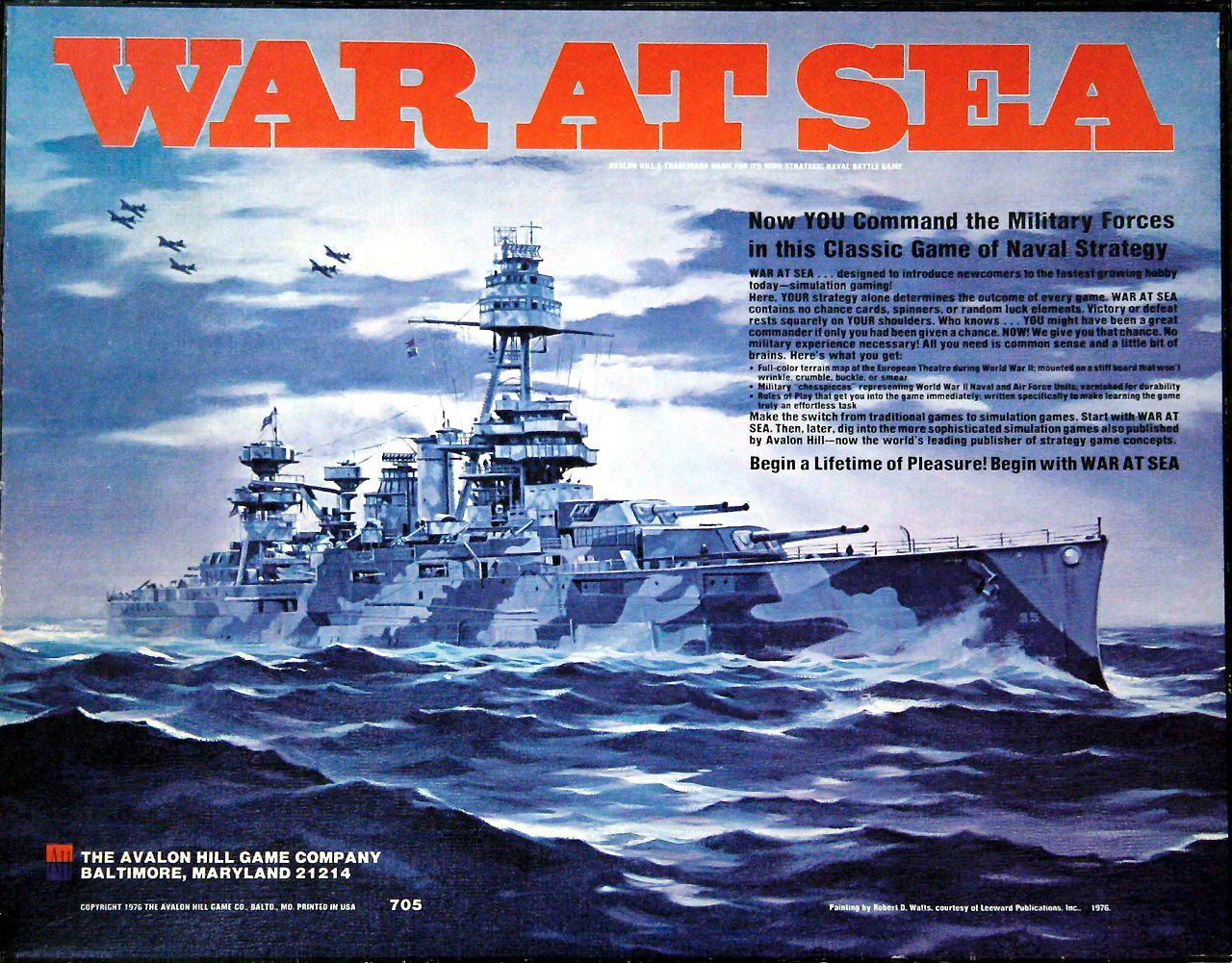 War at Sea is a simple strategic wargame covering the Battle of the Atlantic and naval warfare of the Mediterranean in WW2. The game divides the Atlantic into 6 sea areas. Each turn the players move their ships from port countries to one of the areas. After all ships have been moved, a battle occurs. After a number of rounds, until one side or the other retreats or loses all of his ships, the player with ships left takes control of the area and a scores a number of "Points of Control". (Exception: German U-boats only have to survive one round anti-submarine combat and may stay in the area, even if the area has Allied ships. The Allies cannot score if a U-Boat occupies the area.) Additional points are also earned for convoys successfully crossing the Atlantic to England or Russia (for a BIG three POC). Avalon Hill Complexity rating - 1