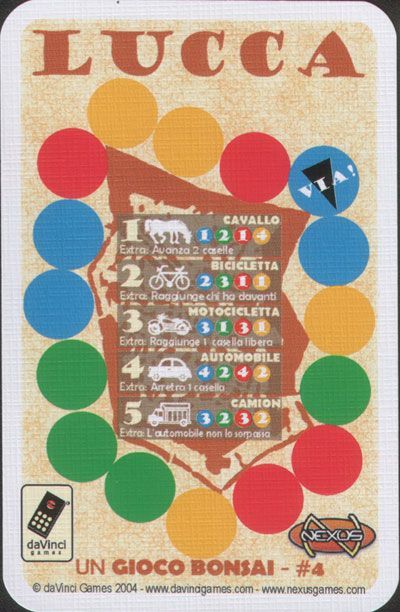 The 4th "Bonsai Game" from daVinci, a line of games on a single card, playable only with "common" things, like coins, keys, etc. It's a tour around the city of Lucca using many vehicles with the goal of visiting "Expositions", by collecting the corresponding markers. The selection of the vehicle is simultaneous, and every vehicle has a different move and a different game order. This game has been released and freely distributed during the 2004 edition of the "Lucca Comics & Games" event.