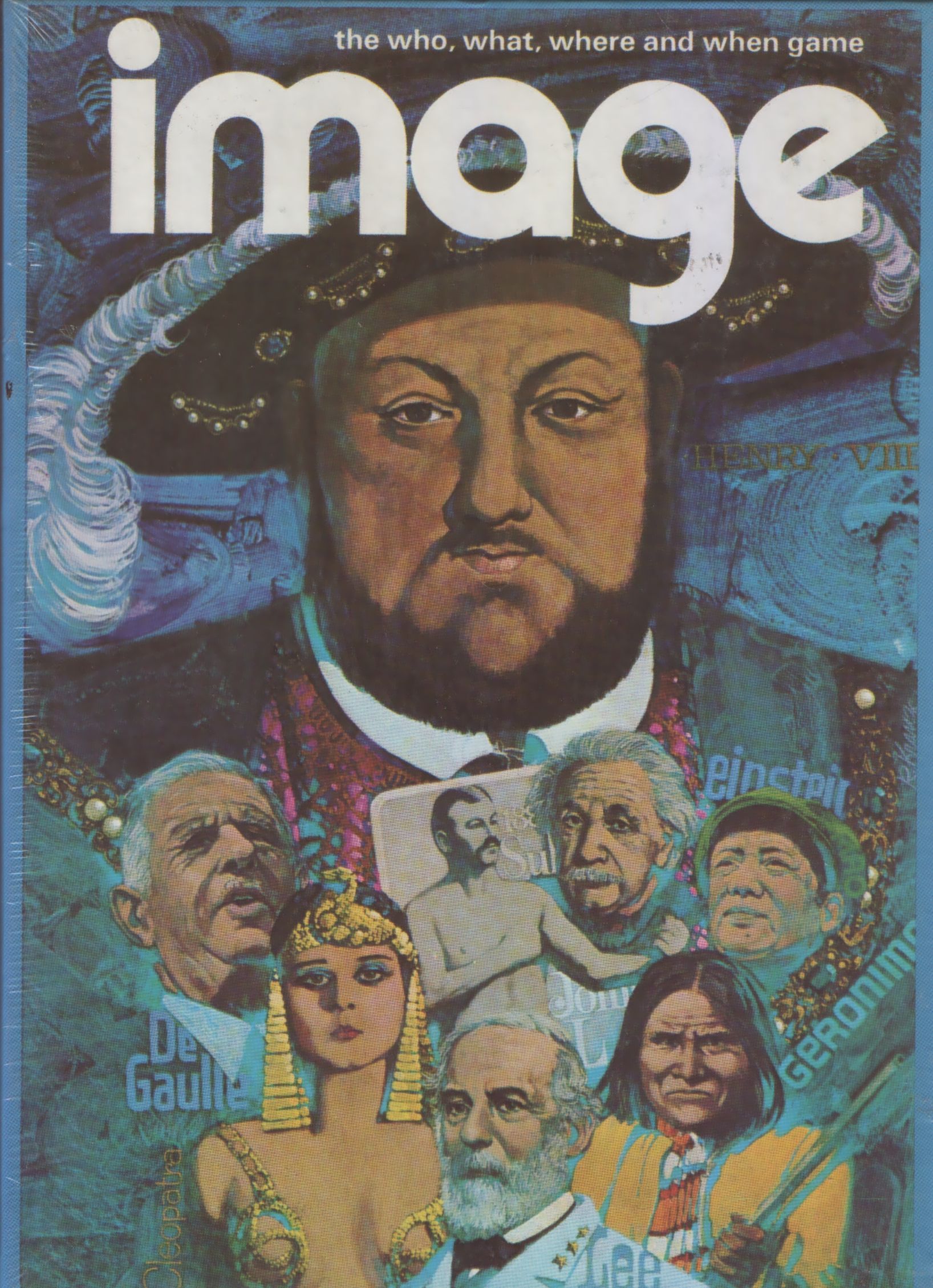 Image is a trivia game in the 3M Bookshelf Series where the players have a historical or fictional character in mind and then they play cards which describes the person: - Place where they lived or were born (Albert Schweitzer was born in France and known in his work in Africa so France, Europe, Africa are all good.) - Time when they lived (for Scheitzer, 19th and 20th Centuries) - Activity: (Schweitzer was well known in Medicine, Music, Religion, Exploration, etc.) - Status cards: (Living/Dead, Fictional/nonFictional, etc.) - The first letter of their last name. This action closes the image and it scores for the player who played the letter card. The players score points for the number of cards played on an image. You may play a card on another player's image (and thus possibly steal it.) And an image can be challenged and if the player has no one in mind, he is penalized. The deck contains 112 cards.