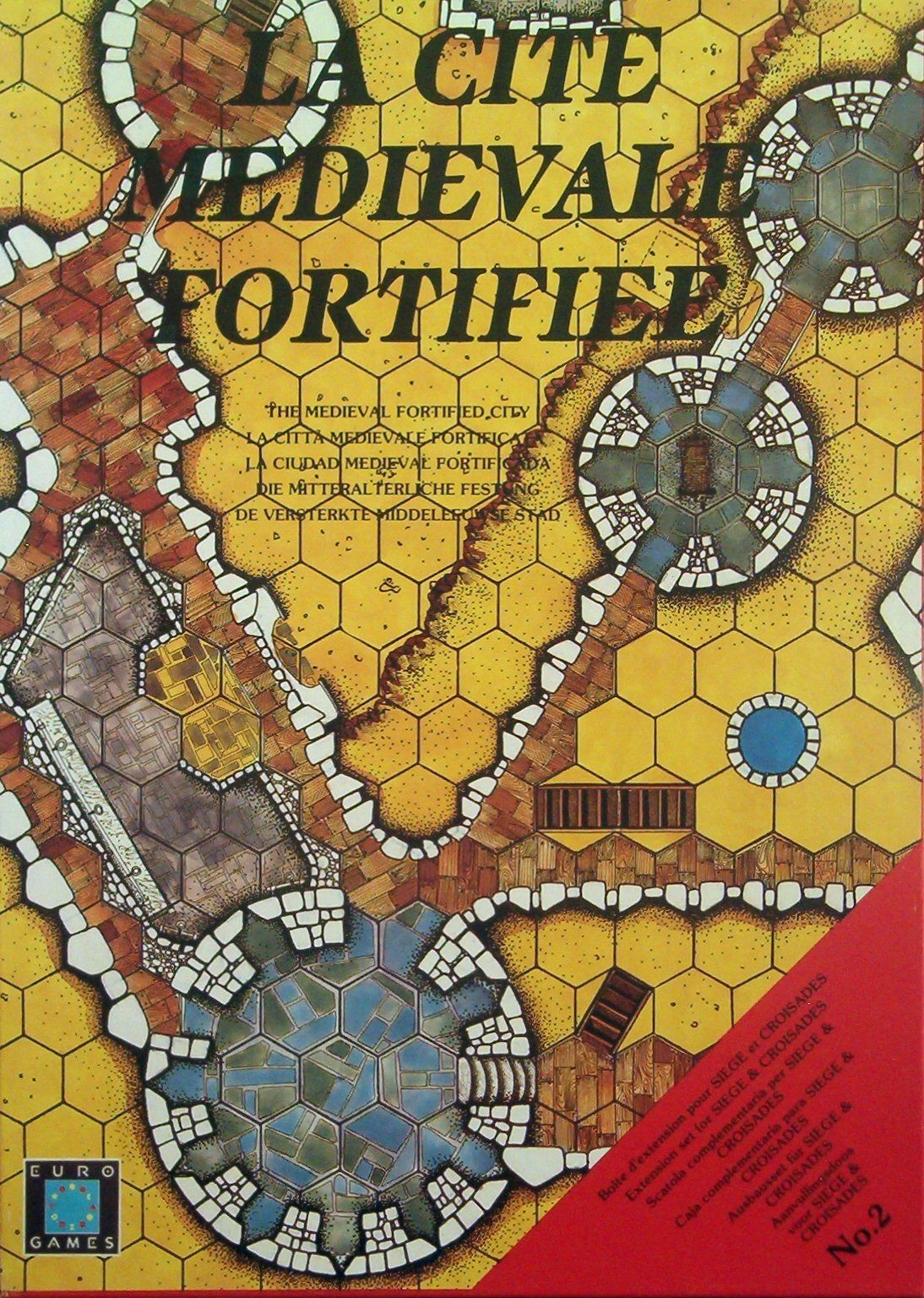 This is the second expansion to Siege. This expansion was published in 1987 under the Eurogames banner. The game contains the same counter sheet as Siege, damage record sheets (to keep track of bombardment damage), a set of four map sheets that can be assembled to depict a walled medieval town with a citadel, and an eight page booklet describing rules for the specific features on the map sheets as well as a few siege rule clarifications. The four map set was also available separately through Standard Games and Publications. The boxed game does not come with any specific scenarios or guidelines for designing your own, however there are several fan made scenarios that are available on the web. While this expansion essentially does not introduce any new rules or counters, the four maps that make up the fortified town were the largest single castle/town available at that time and are of the same high quality as the other game maps in the series. This set of maps really allow players, for the first time, with the opportunity to play out siege battles that are epic in size.