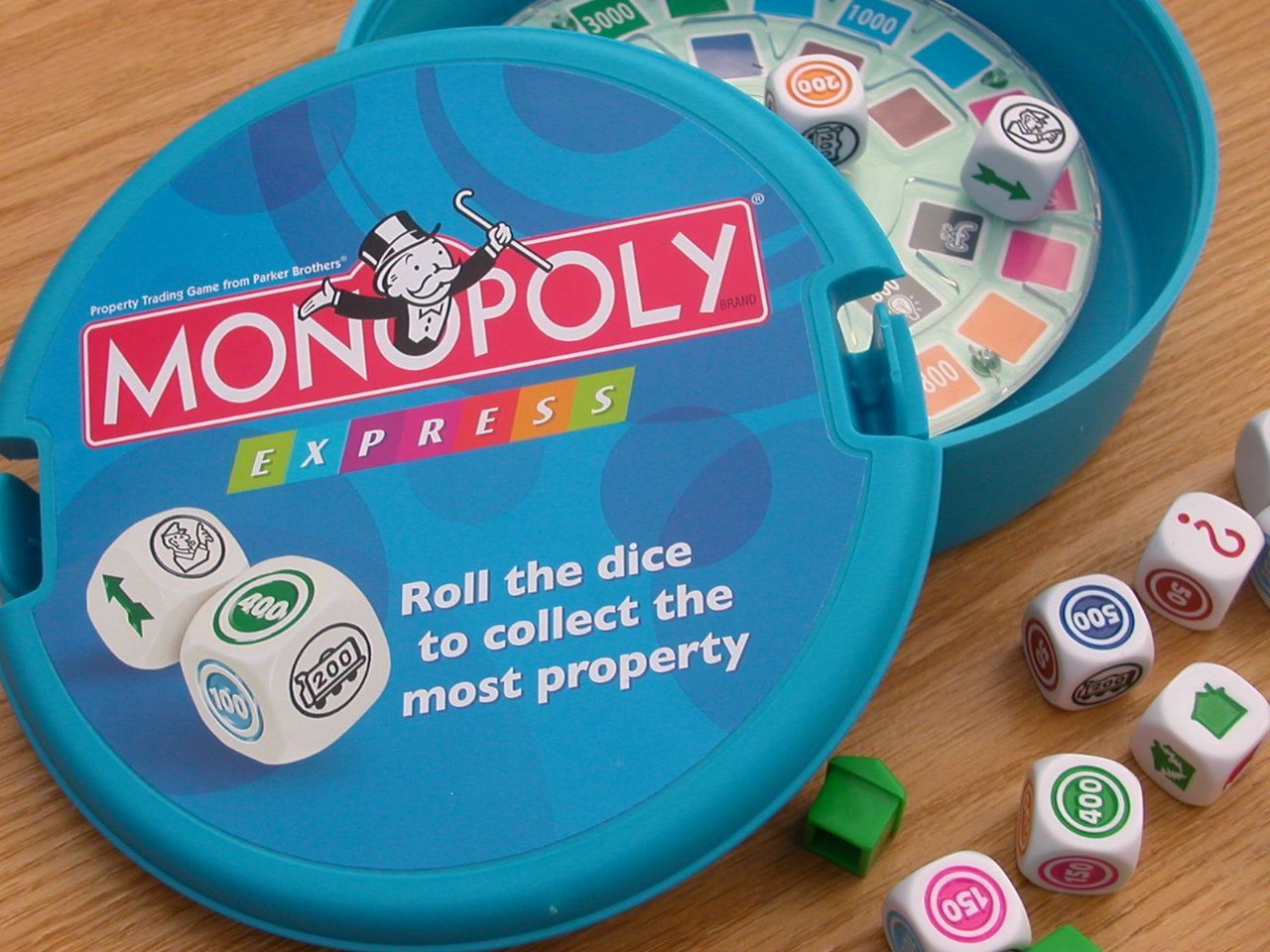 Don't Go to Jail is a dice game derived from Monopoly. The game board depicts the monopolies found in the original game, with the property groups color-coded as in Monopoly. Each property group has a given dollar value, which you can collect by rolling the dice and collecting that group. On a turn, you roll ten dice, set aside any die reading "Go," "to" or "jail", then set aside any color group dice that you wish. If the "Go," "to" and "jail" dice are set aside, your turn ends immediately, and you score nothing. Otherwise you can choose to either (1) stop and score for what you've rolled or (2) roll again with any dice not set aside, once again setting aside the "Go," "to" or "jail" dice, etc. The dice have a couple of "Wild" faces, and you can use at most one Wild in a color group. (If you roll the proper color, you can replace a Wild die in a group and roll that die again on a later turn.) If you stop, you score for all completed color groups and one incomplete color group. Your goal is to be the first player to reach a predetermined dollar amount or to have the most money at the end of a pre-set number of turns. Monopoly Express – an updated version of this game that was first released in the UK and Europe, then later in the U.S. – alters the gameplay as follows: The policeman from the "Go To Jail" corner of the board game replaces the words "Go," "to" and "jail". One blank face on one of the policeman dice depicts a green "GO" arrow. A player earns $200 each time he rolls GO, but he loses this money if he busts due to policemen. The game includes an eleventh "House/Hotel" die that can earn (or lose) a player Houses (worth $1,000 each), earn Hotels (worth $5,000, but only if a player has already earned four houses) and a "Get Out Of Jail Free" side that negates a policeman (including a policeman that would bust a player). This die cannot be rolled until a player completes a property group (i.e., neither railroads nor utilities). The Wild faces are replaced by the Chance "?" logo; the ? act as a Wild, but unlike a Wild it cannot be replaced. The first player to have at least $15,000 wins immediately; players don't complete the round.