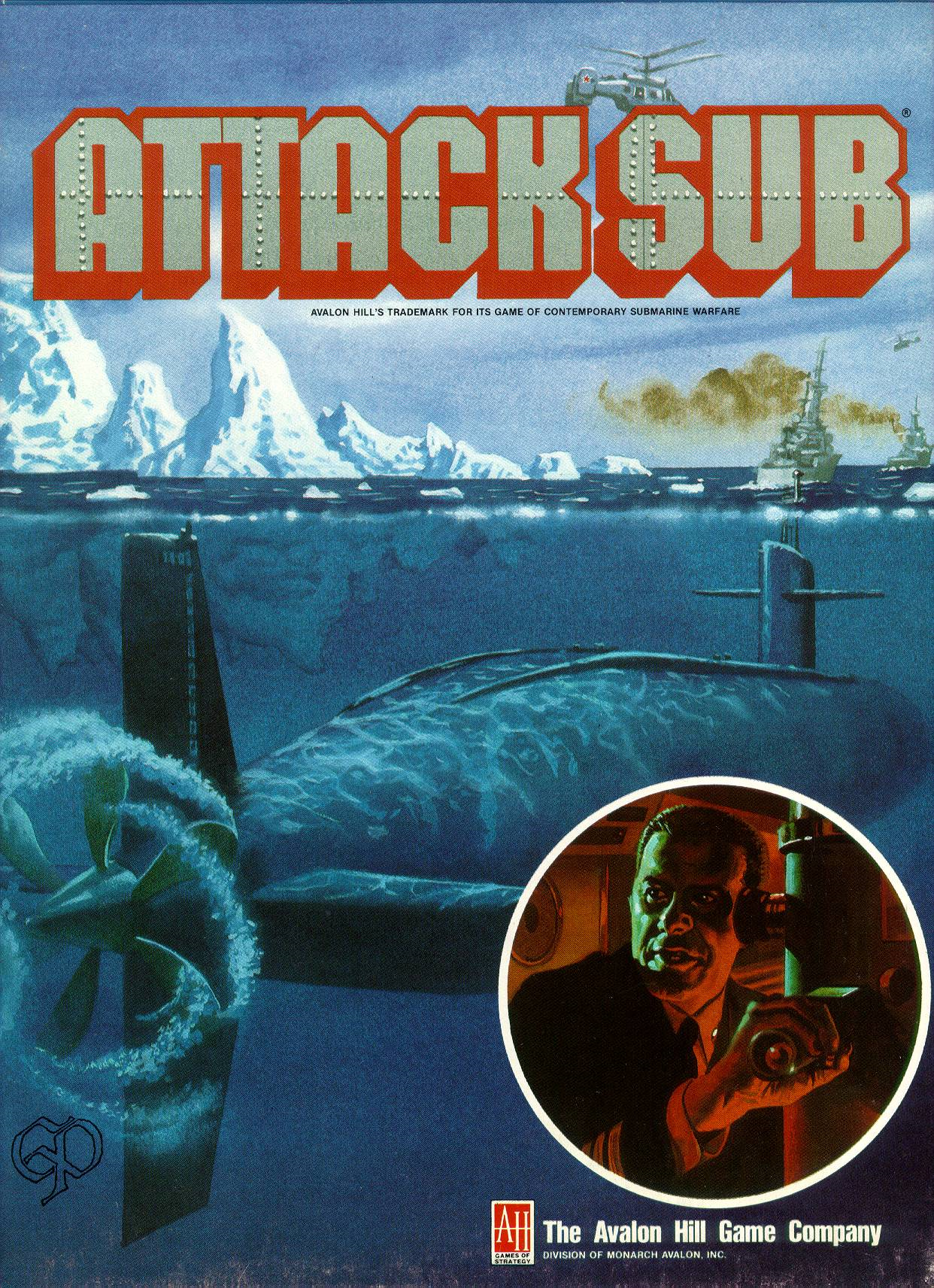 Attack Sub is a card based wargame similar to Up Front. The topic is modern submarine warfare (Mostly US/Nato vs. Soviet/Warsaw Pact, but there is an occasional Falklands War scenario.) Each player has one or more submarines and/or surface ships. Each ship is represented on an individual large card with counters showing current contact status and damage. Each player plays cards to increase their "contact level" relative to their opponent. Contact level abstractly represents relative position and sonar readings. It is possible for one ship to have a better contact on his enemy than the enemy has on him. When high enough contact level is reached, torpedoes can be fired.