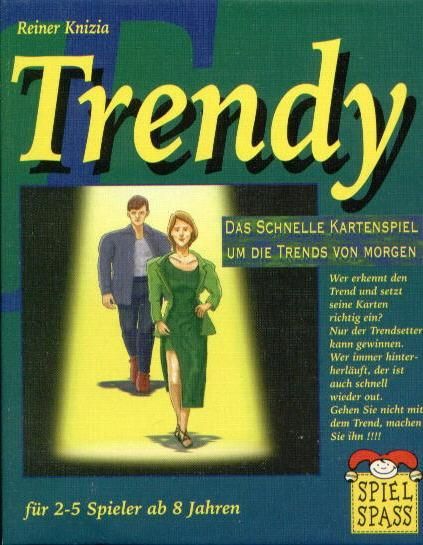 In Trendy, each player plays cards representing various fashion designers. Each turn, you lay a card face up to the table and draw a new card. When as many cards for a designer have been laid face up as the number on that designer's cards, that designer has a "breakthrough" and players who played that number save those cards for scoring at the end of the hand. (The deck is balanced: more 7-value cards than 6-value cards, etc.) All other played cards are discarded. There are 2 special cards for each designer in the deck: - A Super Model is worth 2 cards toward achieving a breakthrough. - An Out card clears all of that designer's face up cards. The game is played over several hands until at least one player has scored more than 100.