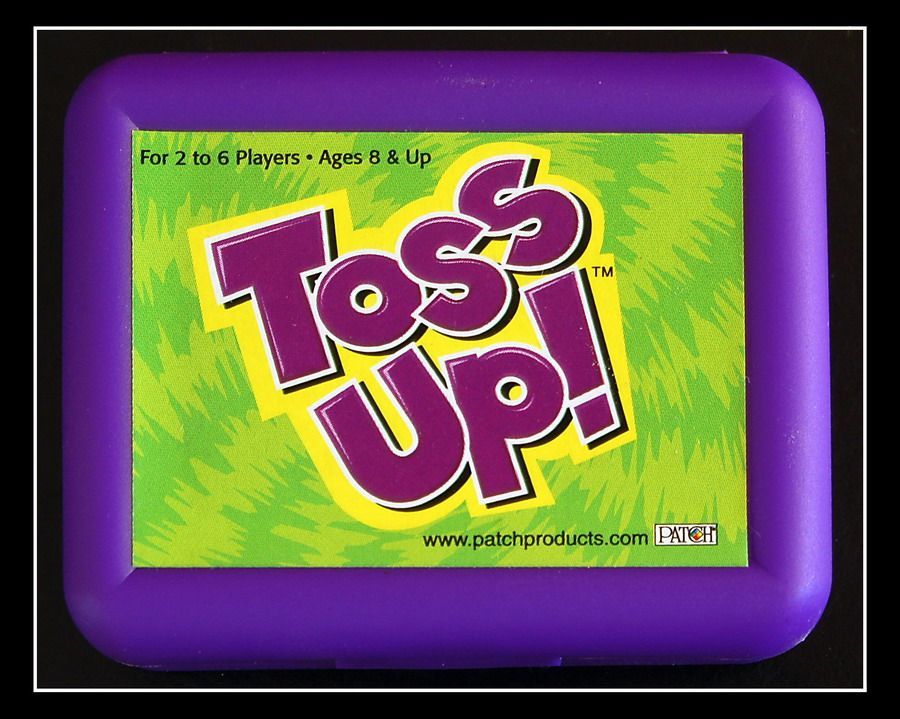 Once you start rolling greens, you'll think those reds will never appear. If they do, watch out - you could wipe out your points. Your goal is to get 100, but victory is up for grabs until the very end! It takes a little luck, a little strategy and a whole lot of dice tossing. Toss Up! was released as Can't Stop for a little while, though the publisher's website itself does not list Can't Stop as an alternate title. It is supposed that the name was altered due to the naming conflict with Can't Stop.