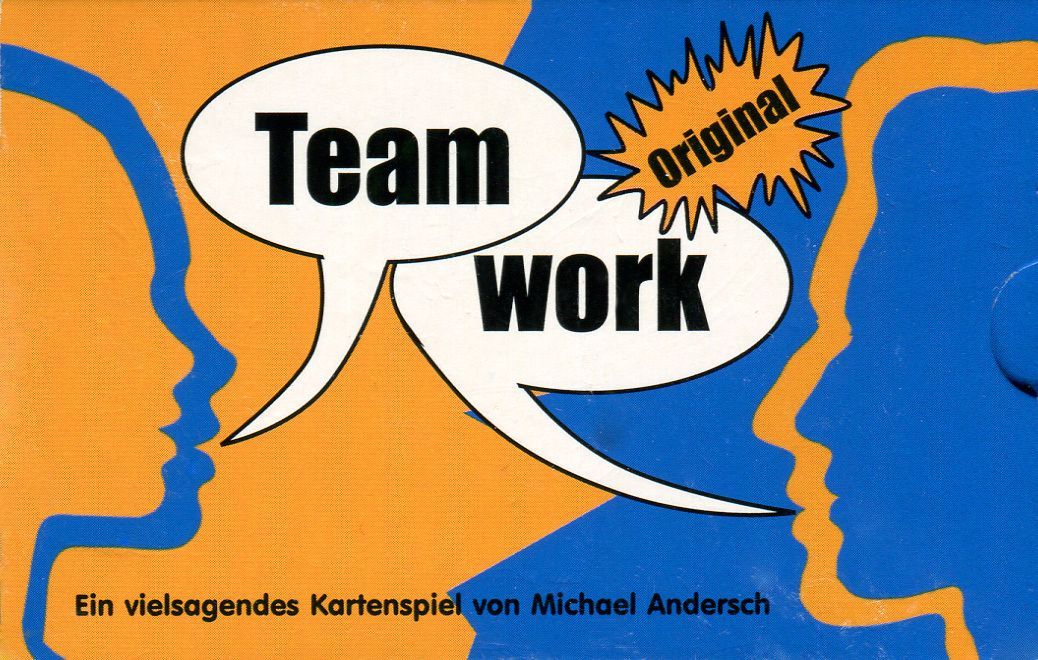 From the publisher: "How's this supposed to work again? What happens when a team of two explainers are supposed to describe a concept but can only say the sentences together? But it gets better: the players can't discuss what they want to say ahead of time and must build the sentence while alternating words! A good time is guaranteed because the rest all try to figure out what the concept is at the same time. Who will have the most points?" Cards are in German, English, French, and Italian. The expansions in the series can be played as stand-alone games or mixed with other Team Work decks. Expanded by: Team Work: Feste & Feiern Team Work: FuÃŸball 1 Team Work: FuÃŸball 2 Team Work: Mathematik Team Work: Mozart Team Work: Musik Team Work: Religion Team Work: Urlaub