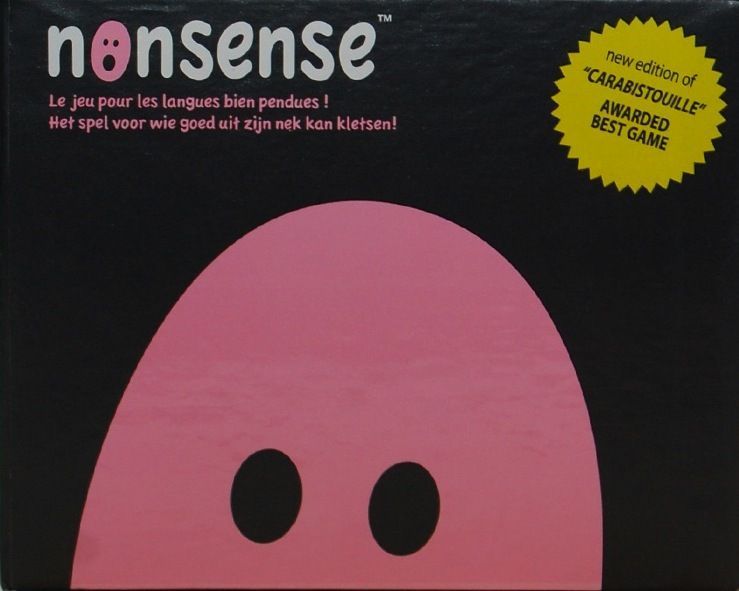 This is the published version of what is really a public domain game. Players tell a story with specific theme, and must use certain words within that story. The other players guess which words they had to use. This game is also known as Bla Bla Bla. In 2010, persuaded by repeated requests from the public who were trying to buy the game, Véronique Houbaert and Marcel Veelo decided to re-enter the publishing world and give Editions du Hibou a new lease of life. They examined the game closely and decided to give it a new name - Nonsense -, new cubic packaging and simplified rules which preserved only its essence!