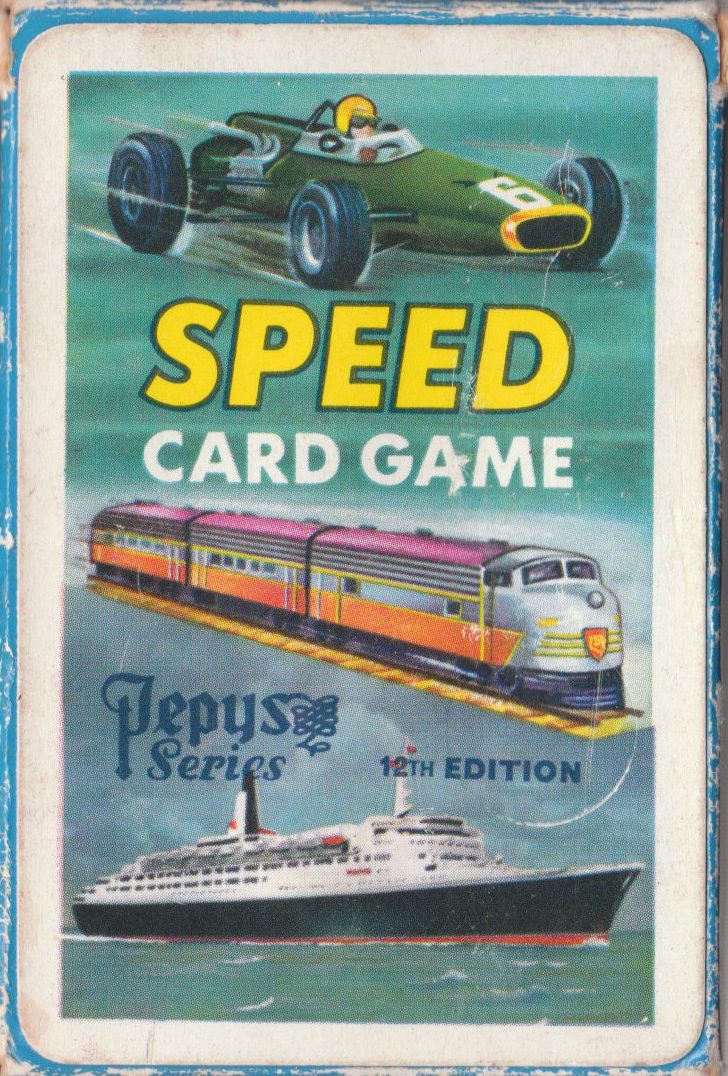 Speed (manufactured in Great Britain by Pepys) is a card game for 2-5 players where the object of the game is to get rid of all the cards in your hand. There have been at least 14 editions of this game published. Speed is a predecessor of the popular game UNO and a contemporary of Whot. Players are dealt a hand of cards (6 cards for 2 or 3 players, 5 cards for 4 or 5 players). Players play cards by matching the set of the previously played card (Aeroplane, Train, Ship, Motor or Animal), or by playing a card bearing the same number in the top corner (the Animal suit has 2 numbers per card). When a player is unable to do either of these, he draws a card from the draw deck. 'Lightning' cards act as wild cards, allowing the player to call the next set to be played. There is one 'Extra Turn' card that can be played in addition to a normal card (hence the only chance to get rid of 2 cards in a turn). When the first person has finished, the others score penalty points equal to the sum of the numbers on the cards they have left in their hand.