Into a Bear Trap: The Battle for Grozny, January 1995 - Universal Statistics 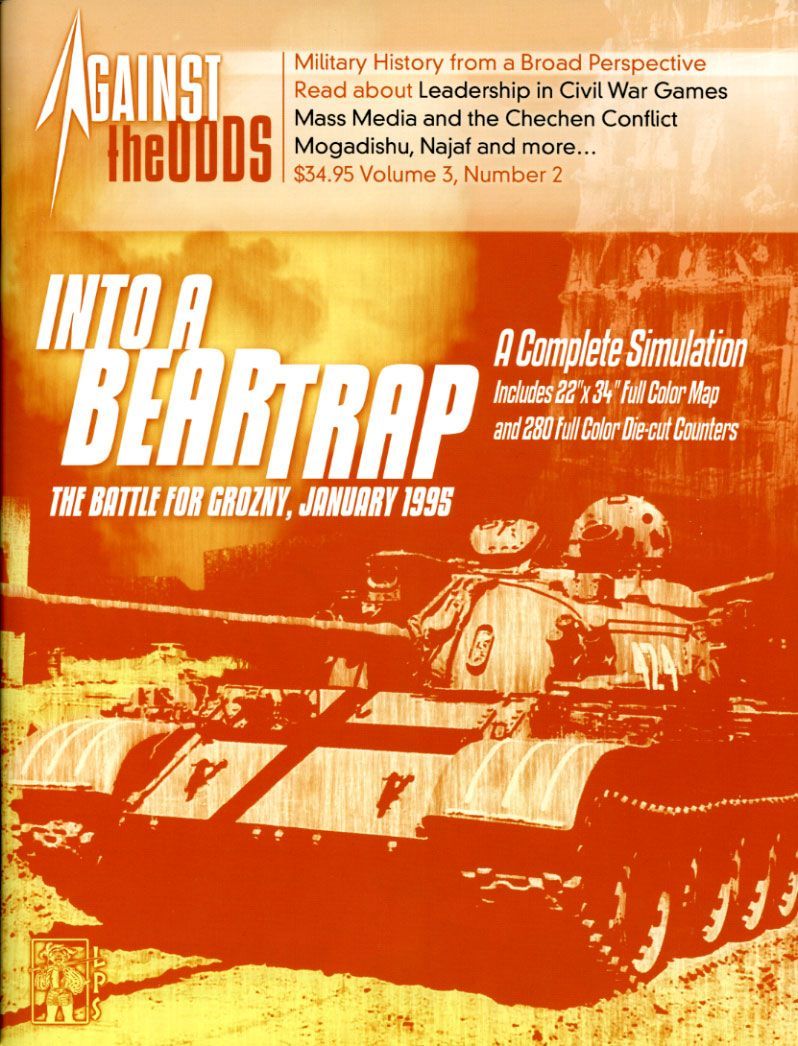 Into a Bear Trap: The Battle for Grozny, January 1995, The capital of Chechnya, Grozny (meaning "terrible" in Russian), was in January 1995 the target of a Russian attack -- beginning a war that continues to this day. The Russian plan was to subdue the city with a massive show of force to intimidate its populace into submission. This approach had worked in 1991, and Moscow saw no reason why a repeat performance would not again suffice. Massive artillery and air support were not thought essential, as the long columns of tanks and their two battalions of mechanized infantry support were deemed sufficient to cower any who chose to witness. Alerted to the Russians' plan of entry, two battalions of Chechen resistance fighters flitted among the sewers and rooftops to greet the Russian force. Well-armed with RPG's and mortars and backed by snipers, the defenders deployed small groups of hunter-killer teams to tackle any armor encountered. A battle for the city was set. Players are cast in the roles of the commanders of each side's forces. Both players can brutally harm their opponent, while each has liabilities to protect. Opponents will be challenged to do as well, or better than, their historical counterparts. Game Scale: Game Turn: 2 hours Hex: 100 - 150 yards / 62 - 137 meters Units: Infantry platoons, 2 tanks, 6 APCs Game Inventory: One 22 x 34" full color map One dual-side printed countersheet (280 1/2" counters) One 16-page rulebook Solitaire Playability: Medium Complexity Level: Low Players: 2 or more Playing Time: 2-4 hours