The Big Push: The Battle of the Somme - Universal Statistics 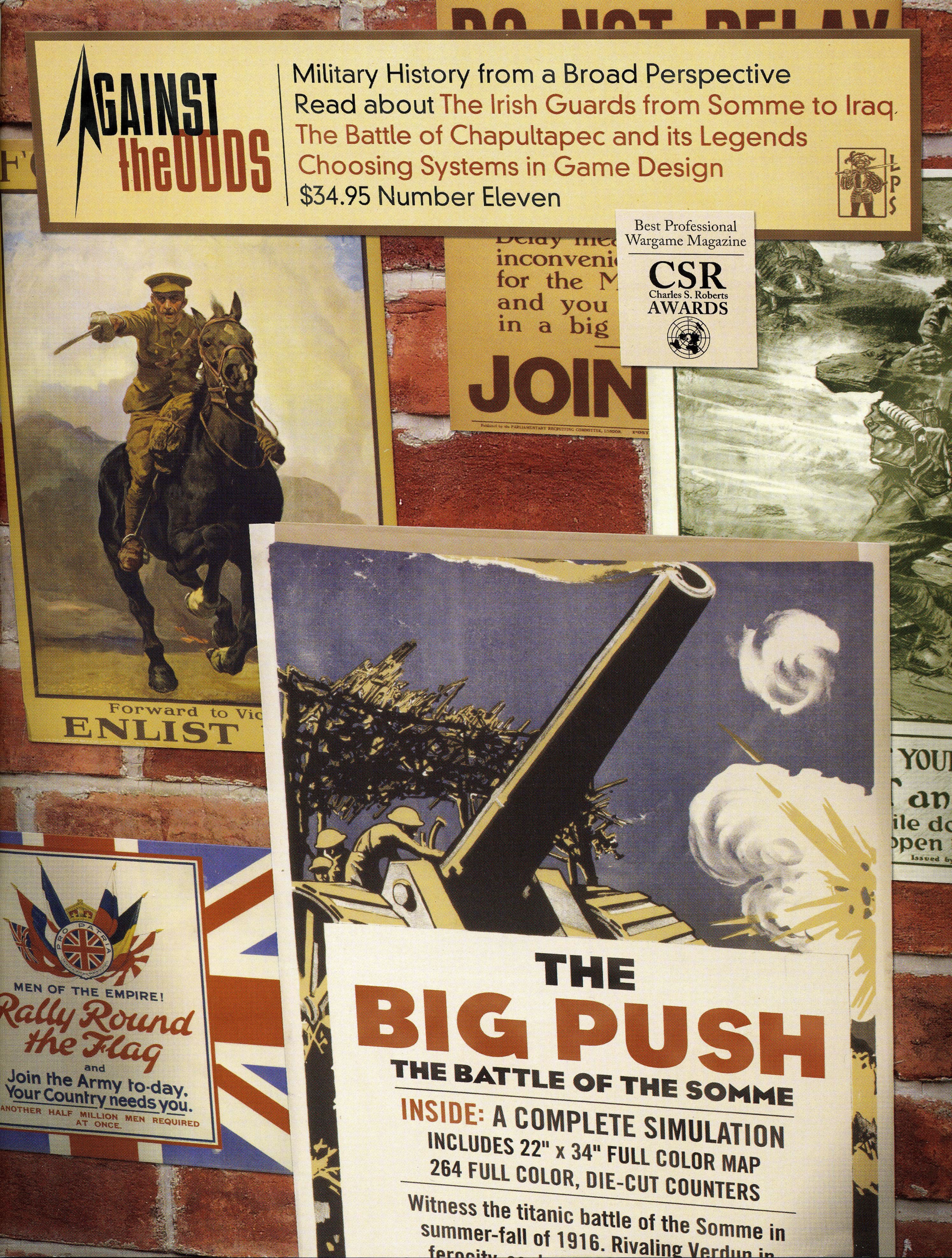 The Big Push covers the gigantic battle of the Somme in summer-fall of 1916. Rivaling Verdun in ferocity, scale and casualties, Somme was Britain's first real chance to open up the Western Front in World War I. French and British allies, wanting to take initiative away from Germany at Verdun, launched a large joint offensive at the Somme, where their fronts met. British generals called it the "Big Push," to break the trenches and carry them to victory. Here was a campaign that brought little save the cultural annihilation of the participants. Europe never looked at war quite the same way after the Somme. The British player controls the Allied forces (British and French), while the other player commands the defending German Army. It is also possible to have three players--French, British, and German. Each Game Turn represents one week. Map scale measures approximately 1142 yards per square (squares rather than hexes are used to prevent the easy outflanking of enemy units - something very hard to do in WW1). Ground units range in size from regiments to divisions. Each infantry strength point varies between 700 and 1500 men, depending on nationality and fighting effectiveness. Support units, like artillery, cavalry and tanks, focus their strength more on relative fire power and attack force. Play begins with artillery fire, where the other player may throw in his counter battery fire to offset the barrages. Ground movement comes next, followed by the declaration of assaults, appeals to command center resources, and defensive fire. After assaults take place, the phasing player introduces replacements and tries to rally his disordered units.