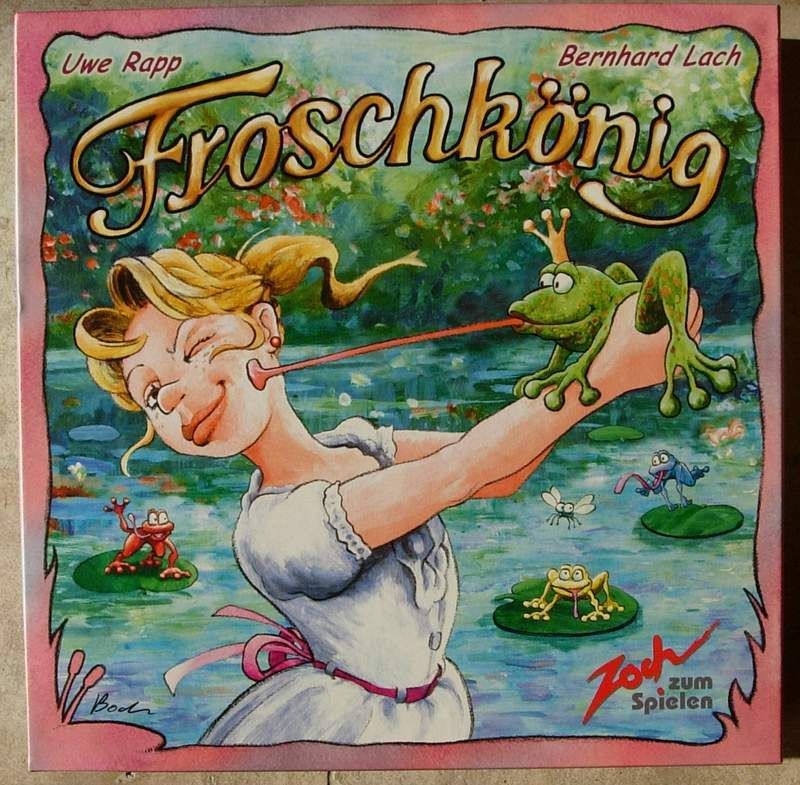 In Froschkönig (Frog King), players have a bag containing 18 wooden beams of different lengths. In a round, players search in through their bag, and by touch only, pull out two beams which added in length must be as near as possible from a given length shown on the board – but never longer than it. The winner for the round gets to place both beams as a part of their frog's tongue. The player who was second, gets to place the shorter of their two beams as part of their frog's tongue. The owner of the frog that first touches the princess, who is a couple of board lengths aways, with its tongue is transformed into the Frog King and wins the game.