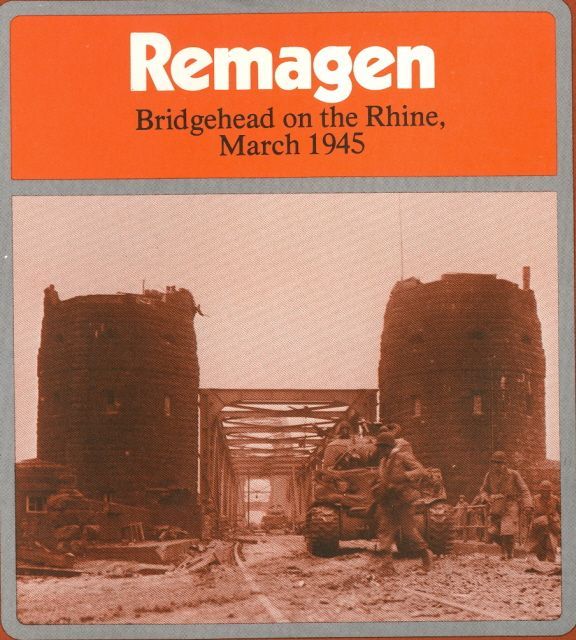 "Remagen is a simulation on the battalion/regiment level of the operations from 7 March to 17 March 1945 that saw the U.S. Army cross the Rhine River in force at the town of Remagen. An optional scenario is provided to show what might have happened if the Germans had reacted quicker to the U.S. seizure of the Ludendorff Bridge." (from the Remagen rules folder.) Remagen is one of four games included in the West Wall Quadrigame set. The game includes a 17" x 22" three-color map, 100 counters and and Exclusive rules folder. A Standard rules folder, containing rules common to all four games included in the Quadrigame is also included. Game mechanics are a simple movement-combat system with hard zones of control that promote "surround and destroy" tactics.