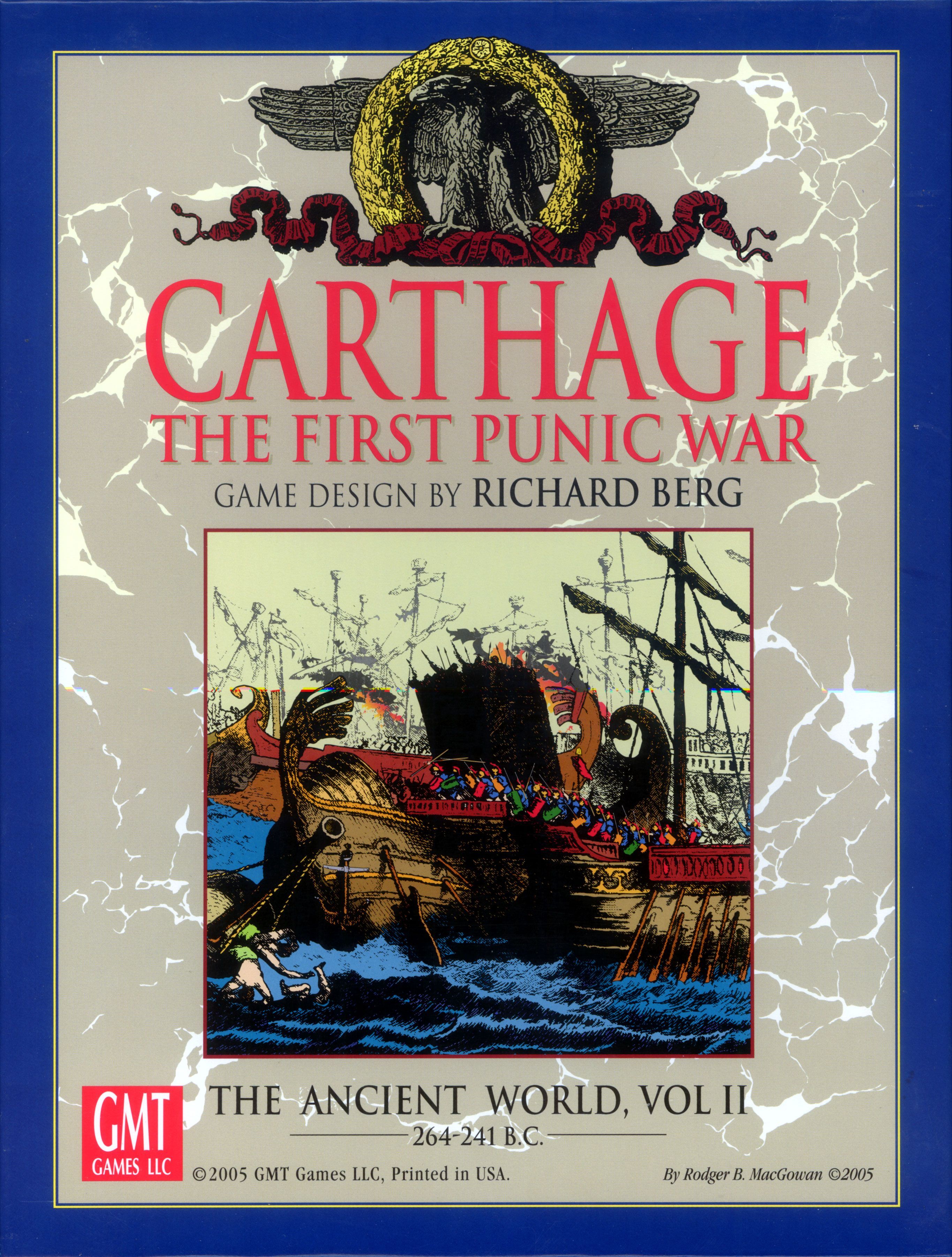 (from GMT website:) The Ancient World system moves to the Punic Wars, the greatest event in the ancient world and a true turning point in history. Carthage concentrates on Punic events that take place in Carthage/Africa as well as Sicily, with the main scenario being the massive First Punic War. Building on the popular mechanics and systems of Rise of the Roman Republic (Vol I), Carthage includes the full, advances naval system, with galley battles, fleet building expanding ports, and everything featured in the unusual, truly naval war that was the First Punic War. In addition, the detailed political systems for both powers, the soul of the game and a set of mechanics that truly puts the players in the heart of ongoing events, are expanded and clarified. With the addition of rules for the Reduction and Repair of city defenses, militia, and the ability of garrisons to Sally, sieges are now more than just sideshows. Carthage still uses The Ancient World's unique combat system, with its unusual Unpredictable Results, elephants, cavalry pursuit, and the dangers of fighting too many battles. Carthage's main scenario is, of course, the First Punic War, a twenty year affair that will take some time to play, but keep you entranced for years. The game also includes quick, one evening scenarios, including the playtester two-turn favorite Hiero; Hero or Gyro?, the twisty opening year of the First Punic War. We also have short scenarios for the first invasion of Carthage by Agathocles of Syracuse (311 BC) and the infamous Mercenary War that erupted in Carthage right after the First Punic War (241 BC). Carthage contains one full-sized map - the slightly redone Italy map (we've expanded rivers to a three-tiered system and corrected some tangential map errata) - plus a half-map for Carthage and Africa. The 1000+ full-color counters include every Roman magistrate of the era plus lots of Libyans, Numidians, Egyptians, Iberians, Celts ... if they were there, they're in this game. Also, part of the game package is a expanded group of play-aid charts, prompted by playtester insistence, to help keep track of the many details that campaigning can require. Carthage is the Punic War's game that ancients and gaming aficionados have been waiting for since the beginning of the wargame hobby. Detailed and demanding, it provides players with a highly playable leel of insight, decision-making, and just pure Fun. Game Features TIME SCALE 1 year per turn MAP SCALE 13 miles per hex UNIT SCALE Strength point = either 500 men; 300 cavalry; 10 elephants Designer: Richard Berg Developer: Alan Ray Art Director: Rodger B. MacGowan Map Art: Mark Simonitch Counters: Rodger B. MacGowan and Mark Simonitch