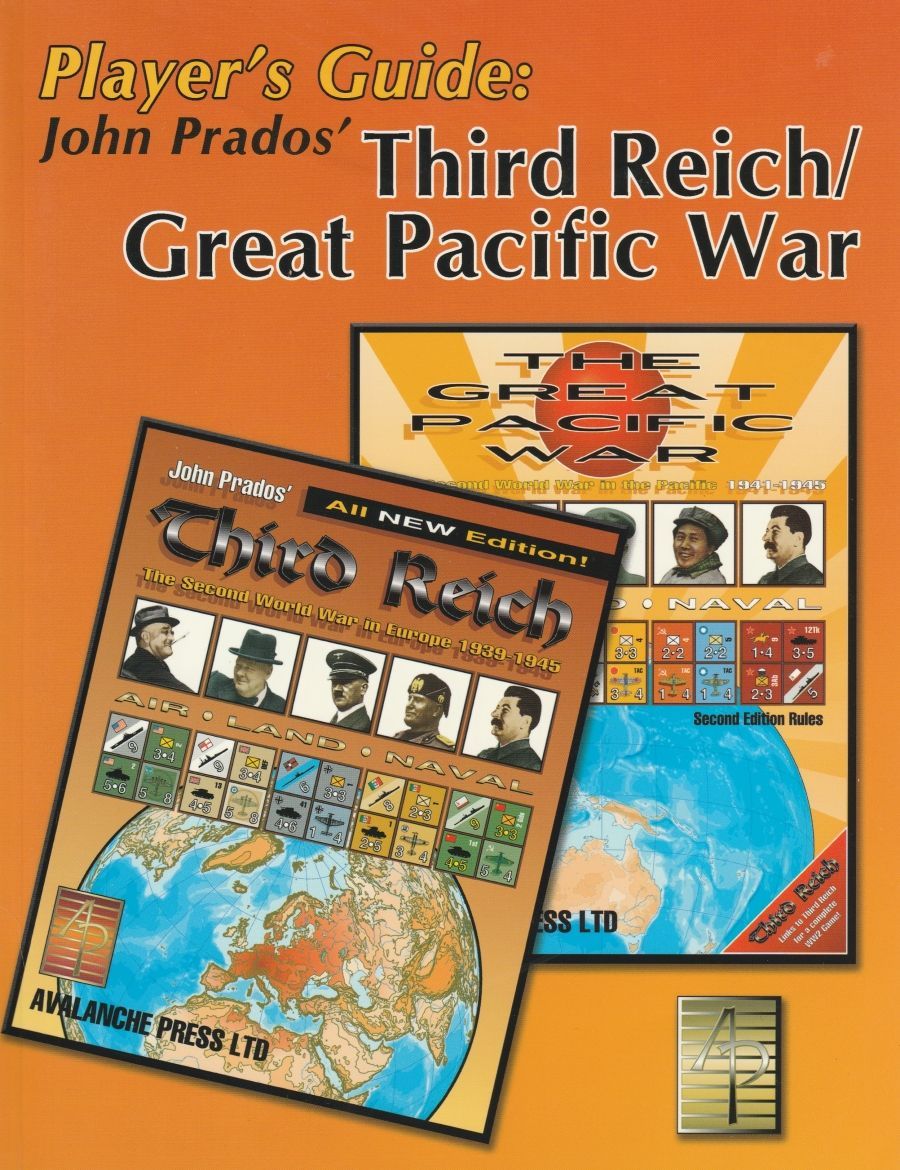 (from Avalanche Press website:) The book comes with 120 die-cut and mounted counters, just like those in the games themselves. There are new scenarios covering two very real possibilities that never occurred: a 1936 war between France and the Soviet Union following the Nazi occupation of the Rhineland, and a 1946 war between East and West. Two smaller scenarios concentrate on the Spanish Civil War and the Japanese invasion of China. And we have variant rules. One set gives Spain and Turkey their own player, who controls both countries but does not have total freedom of action. And then there's the one players have demanded since the day we released John Prados' Third Reich: jet fighters. New jet fighter counters for Germany, Britain, the United States, the Soviet Union, Italy and Japan. Sporting the lovely graphics you've come to expect of the Me262, Gloster Meteor, Nakajima Kikka and more. A set of variant rules now requires that major powers build their jets once the science becomes available, rather than receiving an instant upgrade, and the technology can be captured. There are new political markers included, allowing Germany to develop advanced submarines, V1 and V2 missiles, and the atomic bomb. The German player has to pay a stiff economic and military price for such science, however. There are V1 and V2 unit counters, too. Drawing on the tradition of the original edition, we've also added a set of pre-war options players can add to spice up their games: Italian and Polish re-armament, the German Z-Plan, Japanese tank development, a Republican Spain, hard-fighting Austrians, Soviet naval development and more. The book's centerpiece is a series of strategy articles, analyzing the positions of every player in both the separate games and the combined scenarios. There are also guides to key concepts like economic warfare.