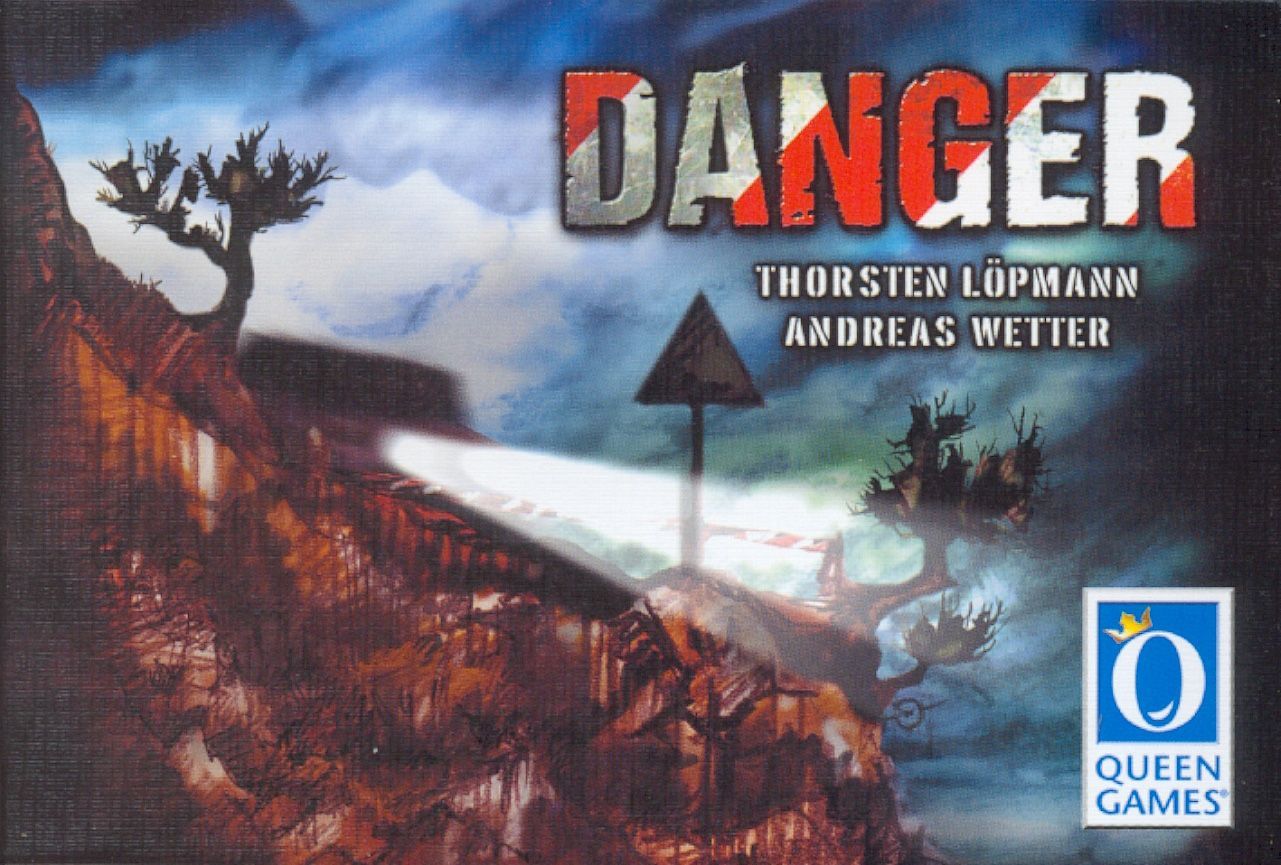 In Danger, players draw numbered and colored cards, trying to collect as many points as possible in each color each round without exceeding the limit of 15 points. On a turn, a player draws the top card from the deck and places it in front of her in a row for cards of that color; some cards are multicolor, and the player chooses in which row to play these cards. After laying a second card in the round, a player has the option of securing a row at the end of each turn. To secure a row, the player must not have the lowest total in that color when compared to the other players; the player secures a row by turning the last card in that row 90º. A player can secure only one row each turn. If a player exceeds a total of 15 points in a row, that row is now blocked and worth 0 points; the player turns those cards face-down. If a player draws a colored card for a row either secured or blocked, she must discard the card. The next player in turn order has the option of taking this discarded card instead of drawing randomly from the deck. Once the fourth row of any player is secured or blocked, the round ends immediately. Whoever has the fewest points in a color (with blocked rows worth 0 points) scores nothing for this color; all other players score points equal to the numbers showing in this color in their row. Players then empty their rows and continue playing with the cards remaining in the deck. After five complete rounds, the player with the highest total score wins.