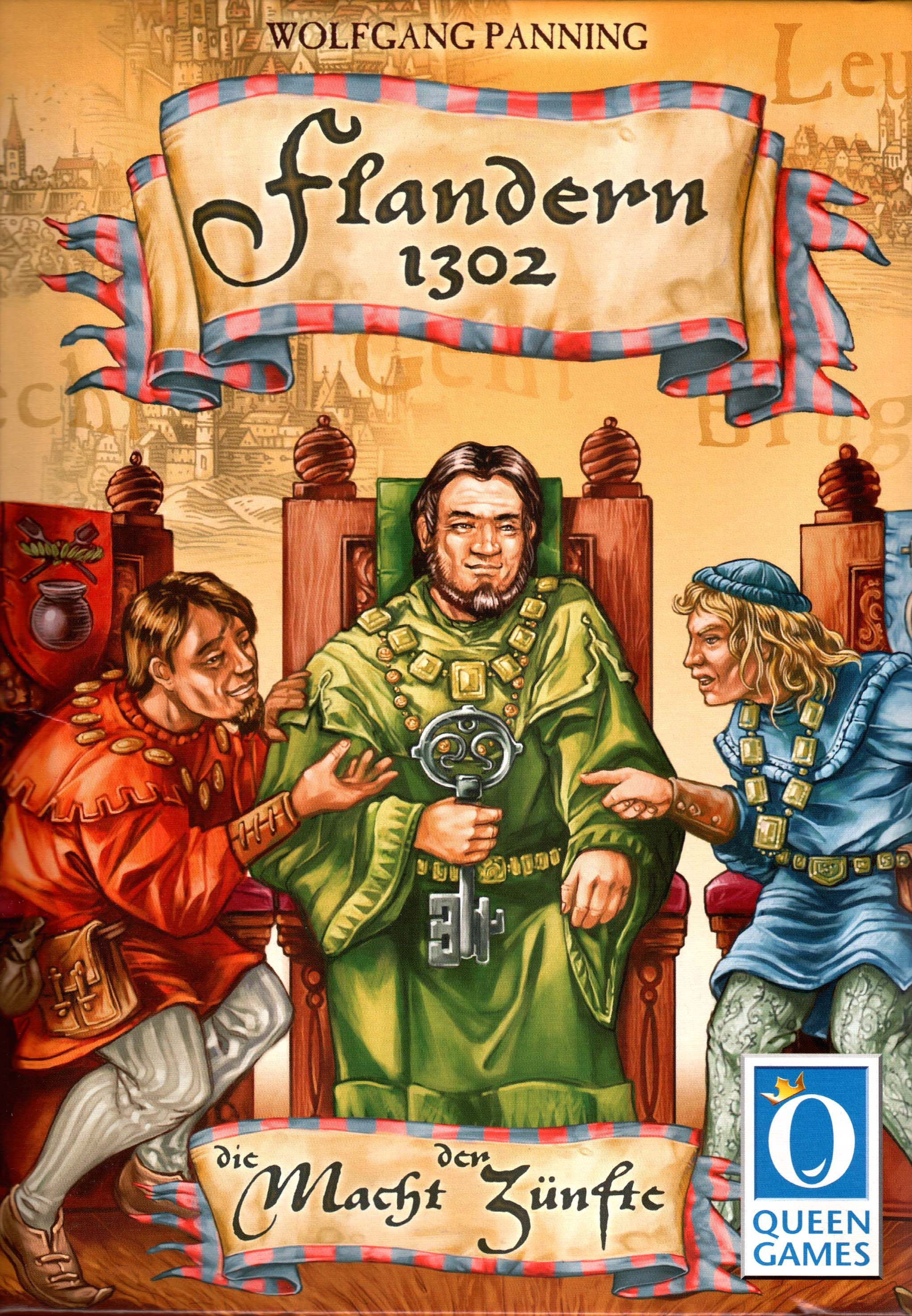 This game is about the struggle for power and influence in cities by the competing guilds of the age. Players represent one city colour & have a set of tiles in 3 shapes in your colour and a set of cards for each city plus 4 action cards. You play a card and place a tile either from your set or from the church or neutral sets. The starting player also first draws a card from a central deck which effectively gives them an extra move. Tiles of the same colour cannot touch and the church tiles allow cities to expand. When a city is completed, it is scored. The colour with the most tiles gets the 1st score, the second colour gets half that, the next gets 4 points and the fourth colour gets 2 pts. Therefore it is possible for the neutral colour to score more points than players. The score is a total of the tiles in the city, plus one for each church, plus one for each cathedral place. The action cards let you pick up your discards, place a tile to be fixed later, and go first twice (which are discarded). The draw deck cards can be held to score extra points at the end. At first the game seems pedestrian, but within a few turns the possibilities become more obvious. Judicious use of the pick-up and turn order cards make a big difference. Not spreading too widely and using the neutral tiles to devalue other cities also matters. An interesting placement game that the designer Wolfgang Panning took 2 1/2 years to complete. The choice of Flanders mattered to him because the theme is of city guilds, such as Weavers, who fought to control the cities.