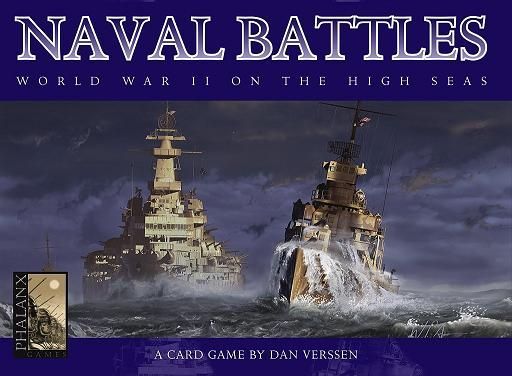 As can be read on the Phalanx Games site: Naval Battles: The World War II naval combat cardgame by Dan Verssen (2-6 players, 30 minutes playing time) is a fast and furious game of naval combat in World War II. Each player commands a fleet of World War II ships. His goal is to launch attacks from his ships and sink the ships of the opposing players. The game includes surface vessels and submarines of six different nations – France, Germany, Great Britain, Italy, Japan, and the United States. Naval Battles contains two types of cards: 102 Action cards and 78 Ship cards. At the start of the game a player chooses a fleet of ship cards. These ship cards are used to launch attacks. In addition, a player receives action cards to play out of his hand.