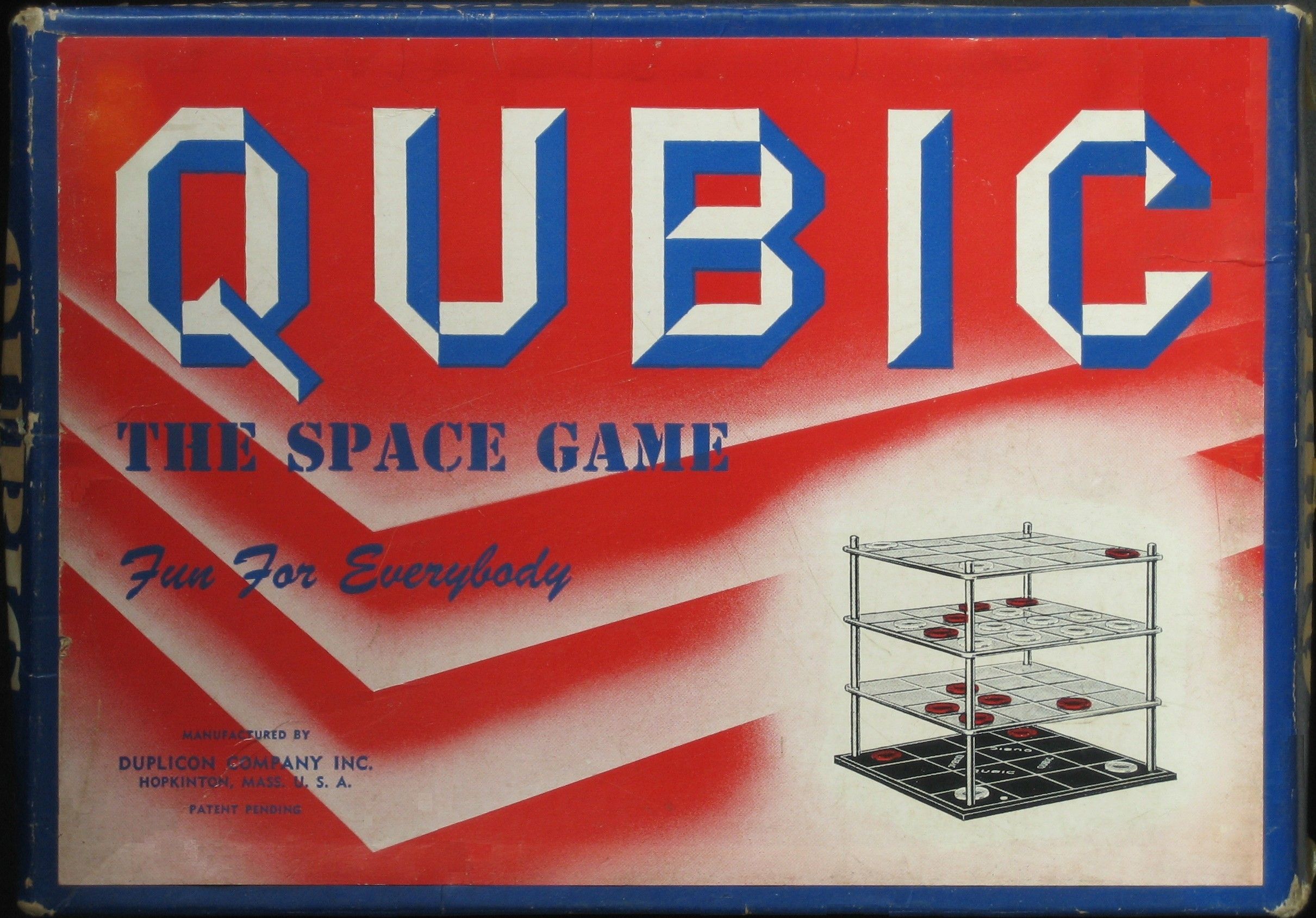 Qubic, which has been released multiple times by multiple publishers under various names and credited to various designers, is a placement game played on the 64 positions in a 3D board with four levels and a four-by-four grid on each level. The object is to get four in a row, whether on one level or between all four levels, straight or diagonal. It is essentially a Tic-Tac-Toe game in a 4x4x4 cube. The cube needs to be emptied before start. Each player choose a color of their pieces and take turn to place their pieces in vacant positions, one piece at a time. The player wins who first gets four in a row of his own pieces - either horizontal, vertical or diagonal. A player cannot remove or replace pieces that have already been placed. If all positions are occupied without anyone having four in a row, then the game is called a tie. A rule that makes it less advantageous to begin is to prohibit the first player from placing his first piece in either a corner position or in one of the eight center positions. Similar to: 3D Tic Tac Toe - which is played on 3x3x3 grid Flix - which uses dice to control placement of men on 4x4x4 grid Four Letter Words - though with words Q4 - which also played on 4x4x4 grid but with only 12 markers Tetrano - which is the same game represented on a 4x4 board. Qubic - which has a version for 3 players also Score Four - 4x4 grid of pegs that are filled from the bottom up Dimensions (1970), Hi!Noon: Das Duell (2009), Tic Tac Turn (2011), and X: Die 4. Dimension - the 4 individual horizontal board layers (4x4 each) of the 4x4x4 grid can turn 3D5 (Cubic) - which is played on a 5x5x5 grid