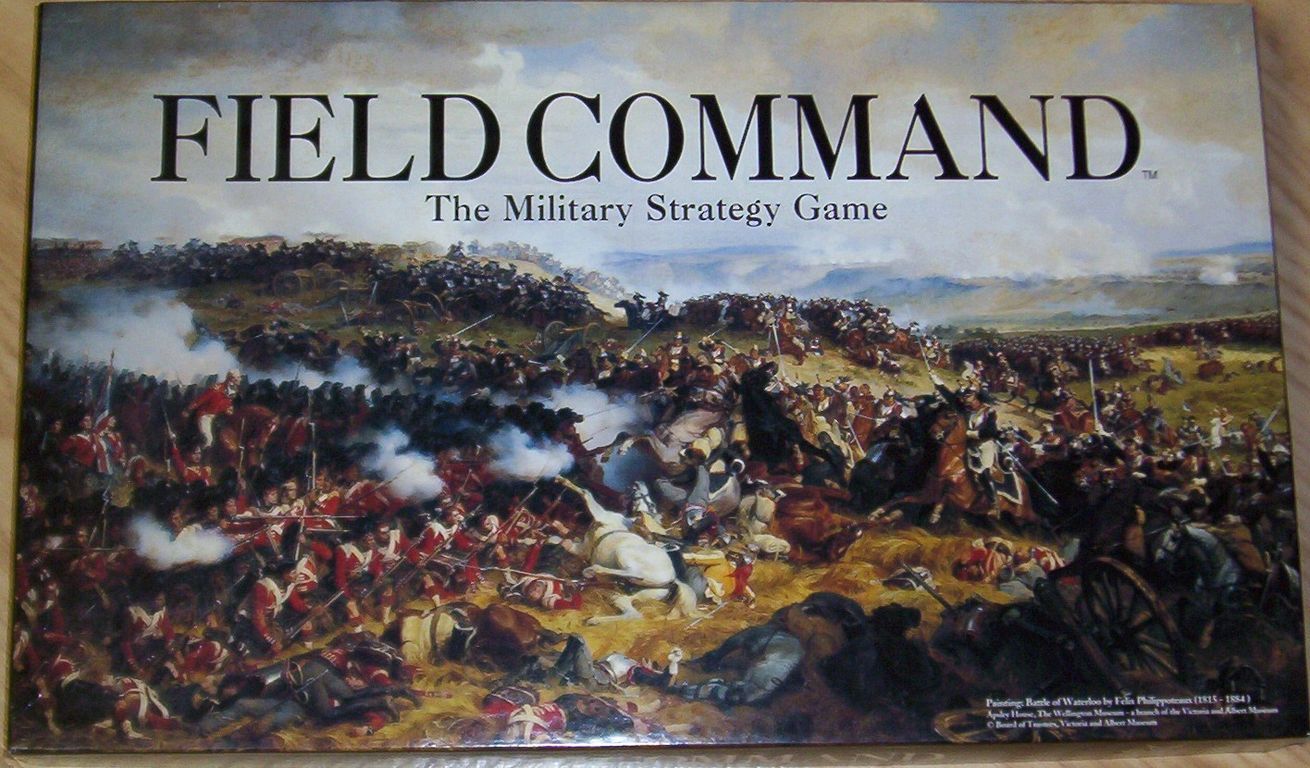 In Field Command each player controls an army of 40 units comprised of Artillery, Cavalry, Infantry, a General, and Guerillas. Cavalry and Infantry are divided into 3 ranks, denoted by a triangle, a circle, or a square. The battlefield is an 11x11 grid which contains forests and plains across 3 levels of elevation. Players can move up to 12 units per turn and movement is simultaneous. Battle is resolved with a rock-paper-scissors system which is modified by both rank and terrain. The goal of the game is to remove the other player's general from the battlefield.