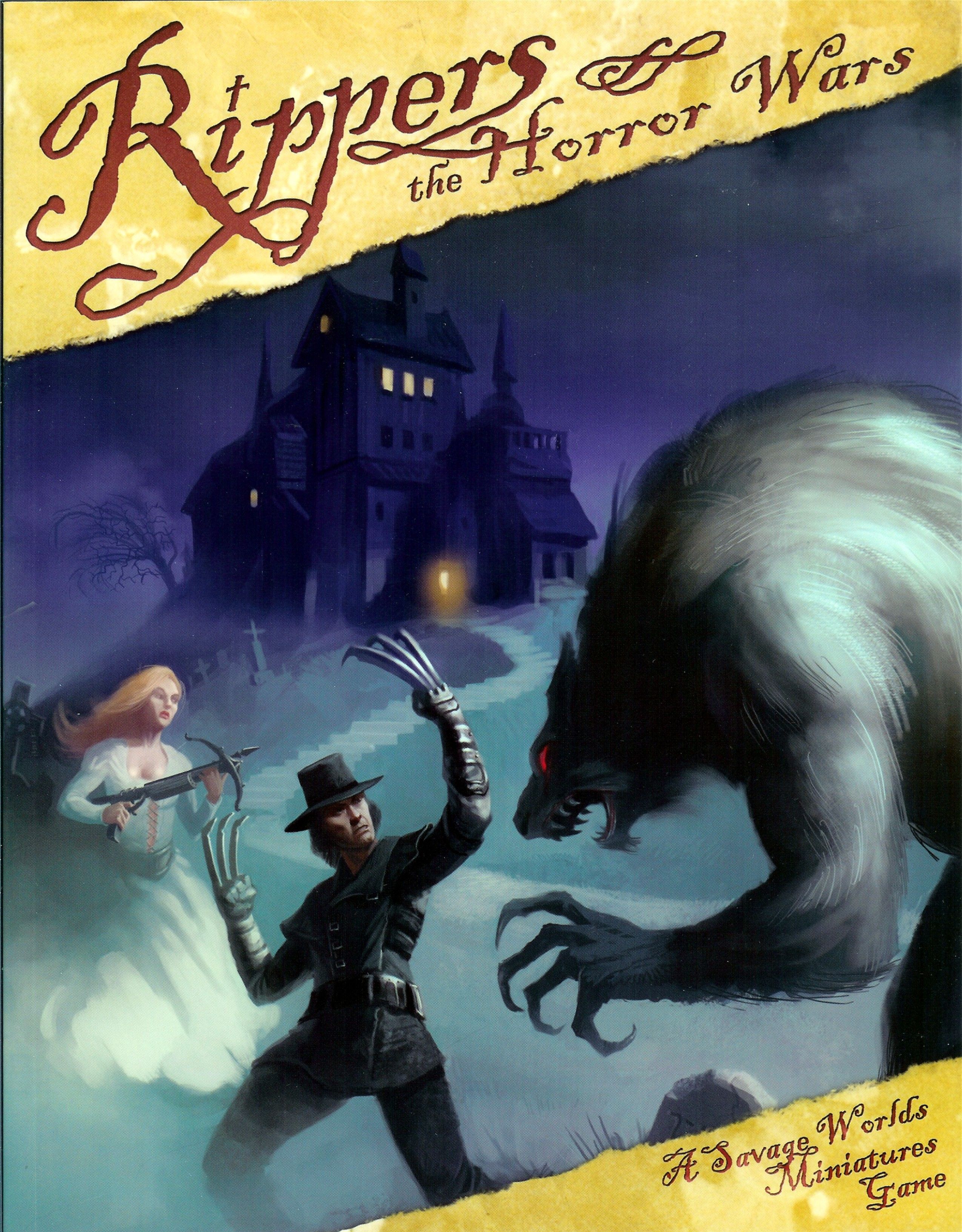 The monsters have lived among us for thousands of years, preying on the weak. The helpless. But mankind discovered a new weapon to fight the creatures of darkness. “Dr. Jack” developed a way to tear the very essence of these horrors from their undead flesh and graft it into living blood and bones. For many years, the “Rippers” took back the night, and the hunters became the hunted. The vile fiends of the world were backed into a corner, but under the leadership of Dracula himself, formed a “Cabal” of evil to combat those who hunted them. Their timing was perfect—for the essences the Rippers stole from their prey eventually corrupted the monster hunters. The very men who created the Rippers—Moreau, Frankenstein, and even Dr. Jack himself—went mad and joined the Cabal! Now Abraham Van Helsing and his mysteriously adopted son, Johann, the Harkers, Witch Hunter Serious Chapel, and a handful of other stout hearts are all that remain of the Rippers. It is their lot to carry on the Horror War. Rippers: The Horror War is a complete miniatures skirmish game.