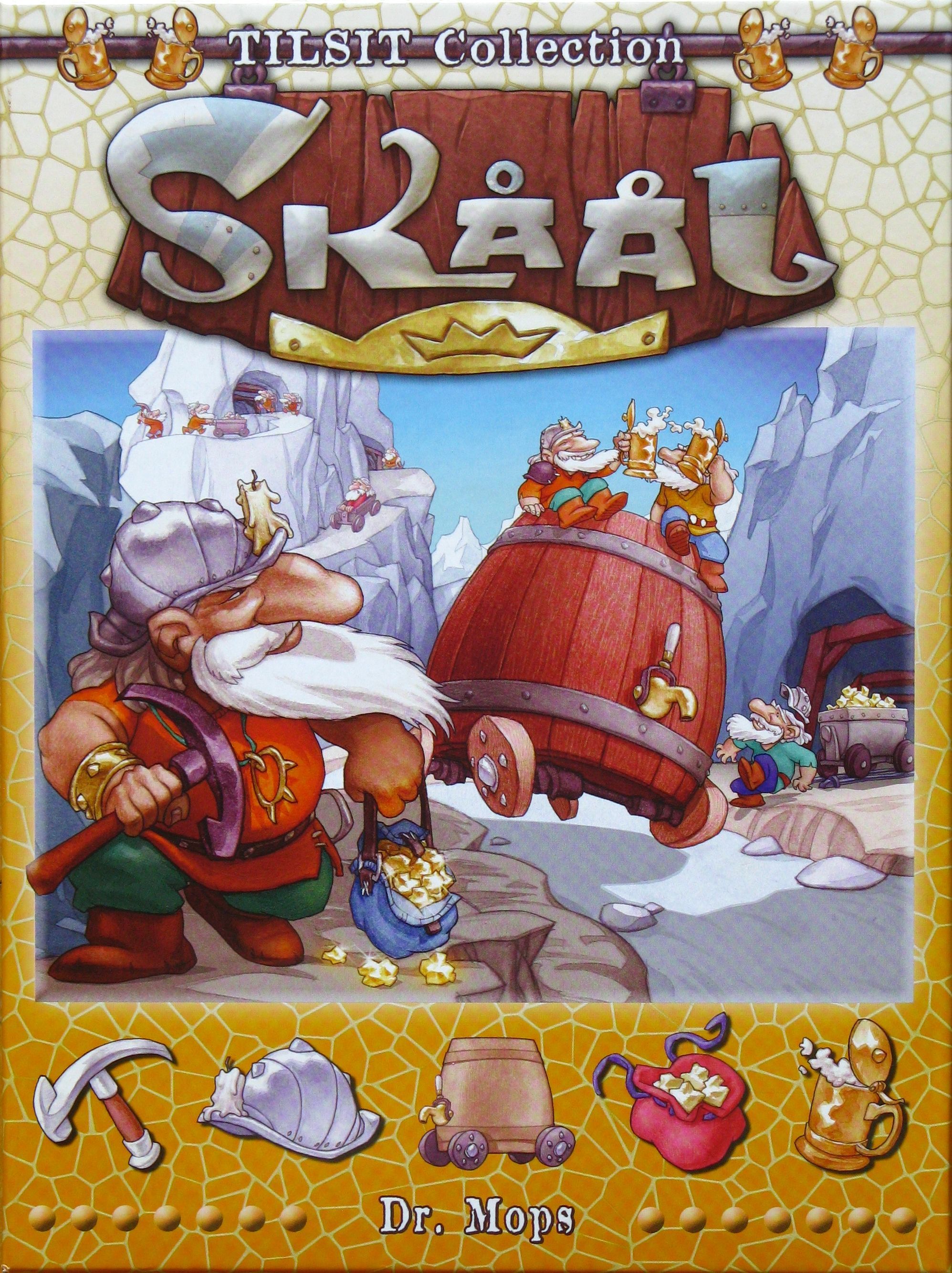 From the publisher, Tilsit Editions: In the country of Skaaland, each player heads up a clan of dwarves with only one idea in its collective head: to become Skaal, the royal clan the most respected among all of the dwarves. But getting the respect of the dwarves, who are small but proud, is not a simple matter. You need to be a good gold prospector but also an honoured beer brewer! After a preliminary placement phase during which the pieces are set up on the game board representing Skaaland (with its regions and villages), each player tries to win respect points. Each turn, each player may only carry out one of the six available actions. Players can bring new dwarves into the game, move those already on the board, prospect in search of gold, mine discovered gold, open a tavern or move a tavern. The problem with dwarves is that they're sometimes a little impetuous. For example, if a player discovers gold in a region, a rumour of its discovery immediately propagates across the land and the dwarves from the neighbouring regions arrive at top speed to see the new discovery. Not a moment's peace! Sometimes, while prospecting, a player runs into "oops" instead. That's annoying because the effort was wasted, and it means that there will never be any gold in that region. But gold isn't the only thing that matters in life! Digging is thirsty work and if a clan has a majority in a region, it may open a tavern. If the dwarves are too drunk to dig, then the clan that owns the tavern gains, each turn, respect points equal to the number of dwarves from opposing clans around the tavern. And that's good! The drunk dwarves either flee this village of debauchery, or return with their buddies and take over the den of iniquity. Contents: 1 rules insert, 1 game board, 90 dwarf figures, 12 tavern markers, 1 sack of 'gold', 1 sack of 'oops', 1 prospecting pawn, 1 special die. This game is the 3rd in the Tilsit Collection series.