Bell-Bottomed Badassses on the Mean Streets of Funk - Universal Statistics 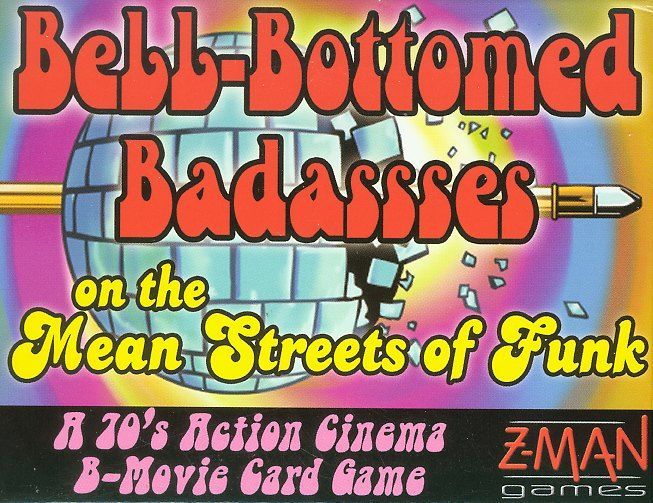 A stand-alone card game by Z-Man Games. It is part of the B-Movie Series of card games and compatible with titles like Kung Fu Samurai on Giant Robot Island, Grave Robbers from Outer Space and Cannibal Pygmies in the Jungle of Doom. Players try to create the most powerful movie by combining characters, props and locations. In addition, there are creature-cards that can be used to attack other players' movies and special effects that break the usual flow of the game by allowing killing of characters, changing of targets and canceling attacks.