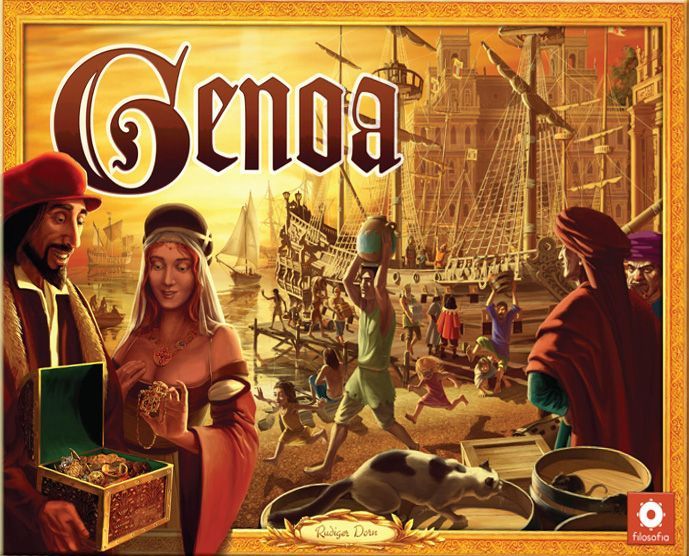 In Genoa (originally published as The Traders of Genoa), players take the part of Renaissance traders, moving about the city acquiring goods and filling orders for goods. Messages need to be delivered and privileges obtained. Of course, none of this can be accomplished on one's own. Much negotiation and deal-making is the order of the day in an effort to become the richest deal-maker in Genoa. Flexible rules allow for negotiating almost everything in the game. The Traders of Genoa version of this game is #6 in the Alea big box series.