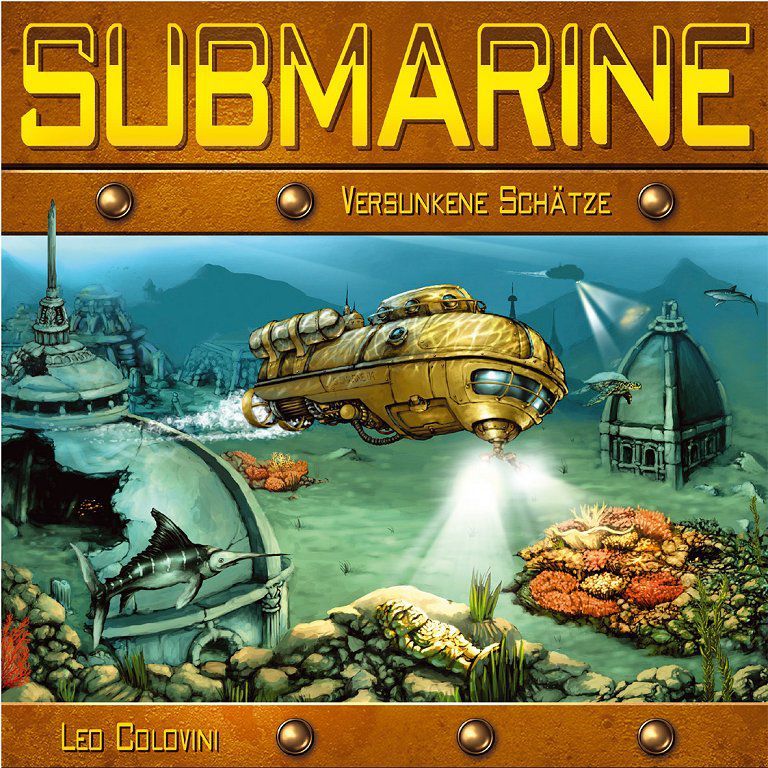 From the publisher, Winning Moves Games (USA): Man your diving stations and grab those sunken treasures! A new "game enjoyment squared" game is also being presented by author Leo Colovini with "Submarine". Large research ships try to collect treasures, aided by small submarines. But the competition is fierce, and those who aren't finding enough are up above interfering with the competition's radio reception. It takes a few cards to make sure that your salvage mission proceeds without incident. Up to 60 treasures are sunk on the game board and the players must try to raise as many different ones as they can. The first player to fill the storage bay of their ship or who has the most treasures at the end of the game is the winner. Cards are used to move the submarines, raise treasure, and interfere with radio reception.