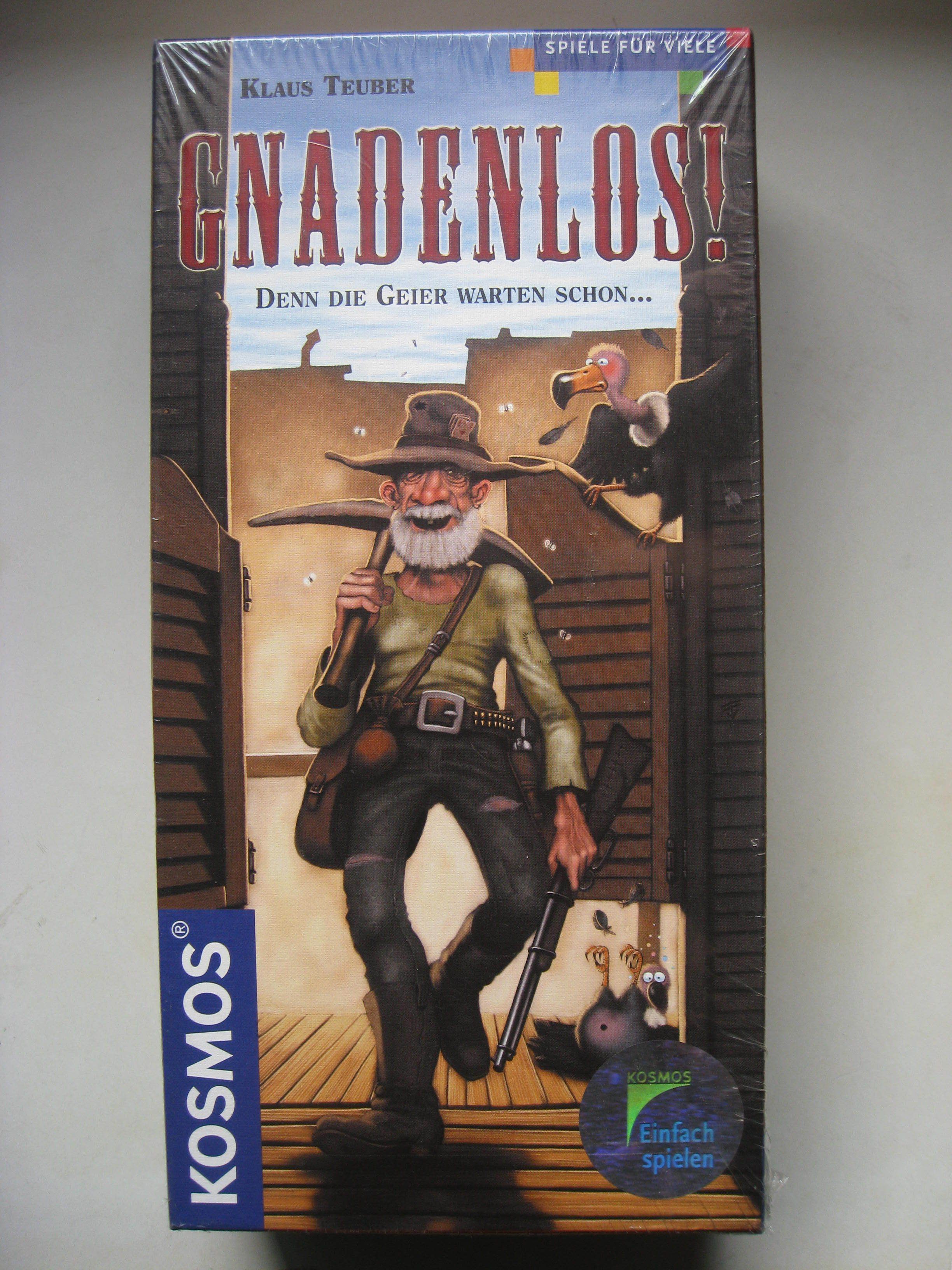 Gnadenlos! (Merciless!) is a game in which players enter a prospecting boom town and try to accumulate the most prestige points. Rather than doing the dirty work themselves, players hire adventurers to pan for their gold, fight their gun battles, and sit in for them in the poker games. Since the money hasn't yet come in, these rough-tough folk are hired merely with pieces of paper - IOUs. But on pay day the IOUs come due, and if a player can't pay off debts, then the vultures swoop in. Players bid for adventurer cards that will be used in various events - Gold Fever, High Noon, and the Poker Game. Each adventurer carries a number (a rating) for each of the three events. When it's time to play out an event, players place an adventurer card face down. All players simultaneously turn the cards over. The adventurer with the highest number pertaining to the event wins; the lowest loses (ties are usually kept as ties, with both receiving the benefits or penalties). In Gold Fever the winner and second highest receive gold, which may be exchanged for prestige points or used to pay off debts. In High Noon, the winner gets to pick back up two IOUs (not necessarily his or her own); the loser is shot and loses the adventurer card. Also the undertaker advances one space along a timing track. In the Poker Game, the winner moves forward on the prestige track; the loser moves backwards. The IOU cards used in bids for the adventurers are placed in rows along the board, each beside one of six dice symbols (showing 1 through 6). When as many rows as there are players in the game are filled, it's Pay Day. A die is rolled and the outermost card beside the corresponding die symbol is turned up. The player who owns that IOU must pay up. This continues until either all cards of one die symbol have been turned up, or a player cannot meet a debt. The unfortunate player in this case gets a vulture chip and moves back 5 spaces on the prestige track. The game ends either when one player has 3 vulture chips; a player reaches or passes the winning space on the prestige track; or the undertaker reaches his final space. When the game ends the player farthest along the prestige track wins.