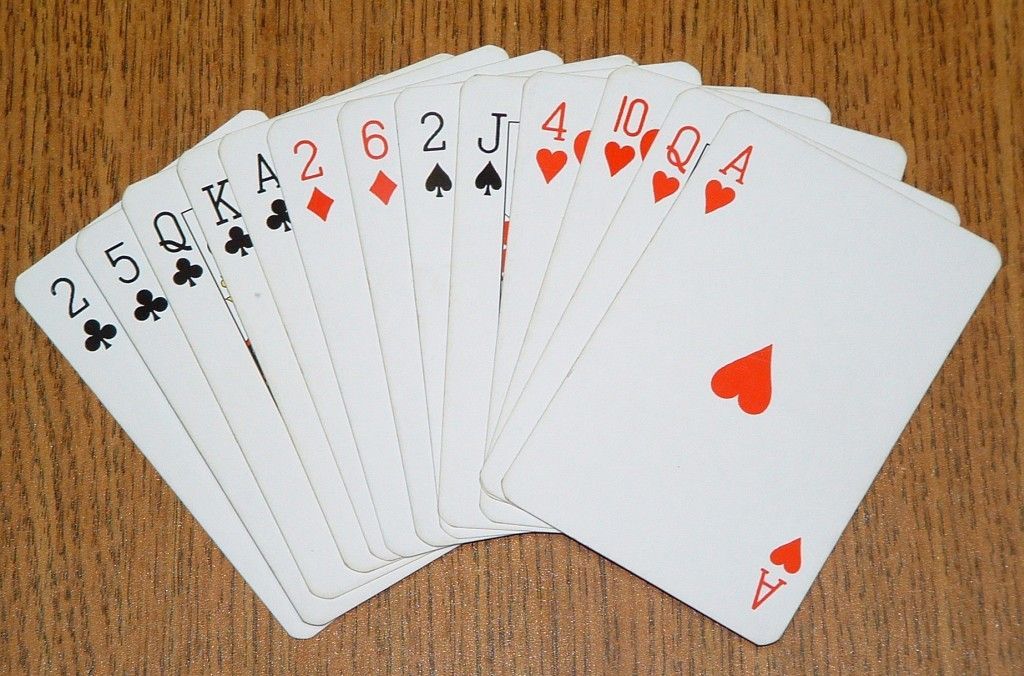 Whist is a trick taking standard deck playing card game that was played widely in the 18th and 19th centuries and is often mentioned in literature from that time period. The most basic version of the game features fixed partnerships with no bidding. The game uses a single deck, and follows the basic mechanics of most trick taking games: the starting player leads a suit, and then the other players are forced to follow unless they have none of that suit left, in which case they are allowed to either toss a useless card of another suit, or to play a trump. The object of Whist is to acquire tricks in excess of 6, each 1 of which scores 1 point. In this basic form the game usually goes to 5, though 7 and 9 point variations were also common. The trumps in standard Whist were determined by facing the last card to be dealt. In addition, like most card games, there are a large variety of variants. A common one involves pre-determing the trump suit, and running them in order from hand to hand. (For instance: Hearts first, then Diamonds, Spades, and finally Clubs, and then start over again) Another, less popular and luck oriented variant involves giving a 4 point bonus to a partnership if it held the 'Honours' run of A - K - Q - J in the suit that was trump for that hand or 2 points if it had 3 of the 4. As this is based on the cards as dealt it is a very luck based option, and as such has fallen out of common use though it was once considered a standard way to play the game. Other variants include bidding (quite common, and turn the game into something closely resembling Spades) and two player adaptations.