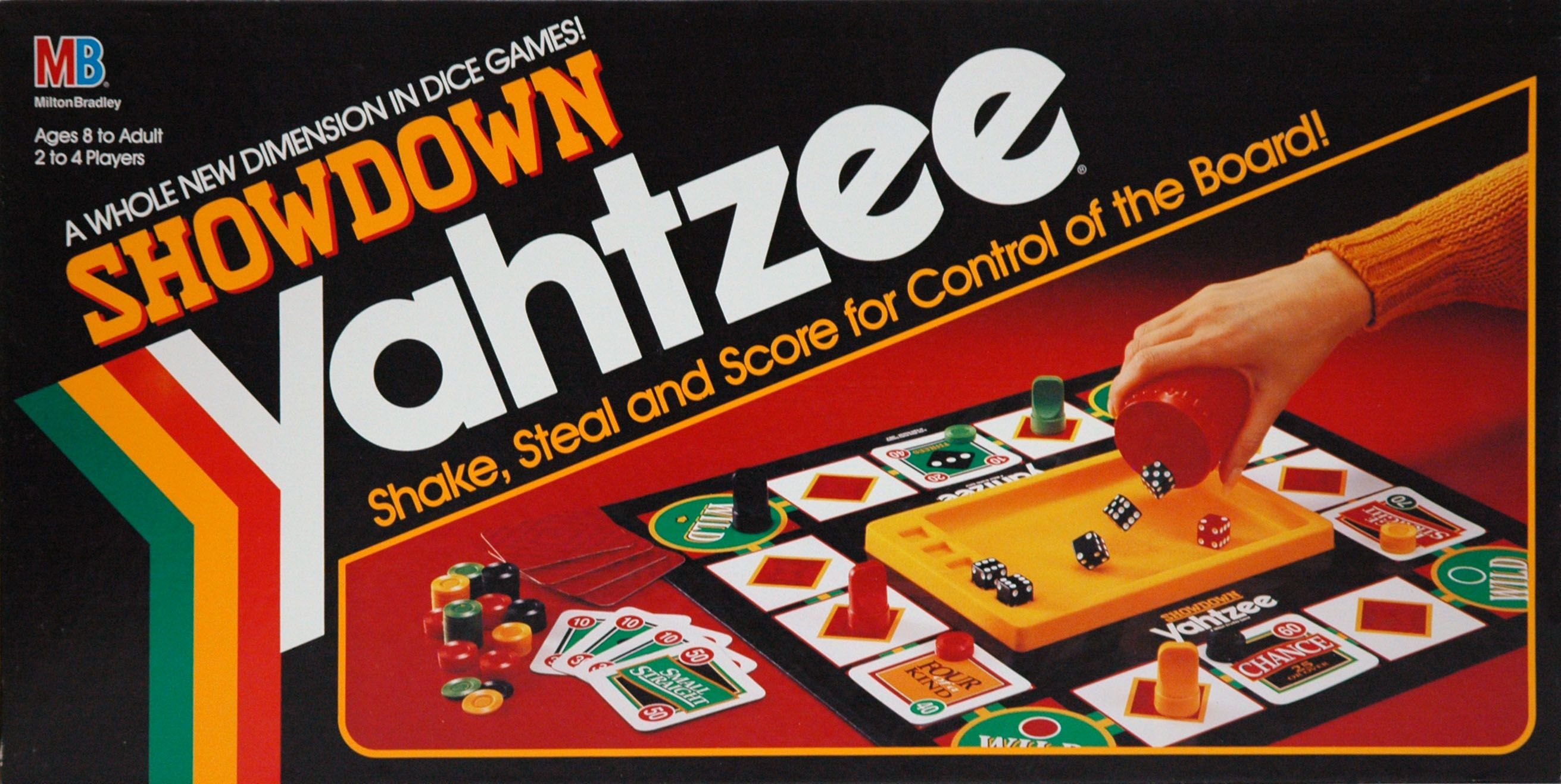 Yahtzee meets a board game. Players move pawns around a board with 12 open spaces and 4 'wild' spaces. If you land on an open space, you can try to complete one of the 12 standard Yahtzee combinations (not counting the 'Yahtzee' -- more on that later). If successful, you place the card for that combination on the space and a certain number of your chips to signify ownership. If another player lands on that space later, they have to match or beat your roll to steal ownership of the board space. Once a combination has been assigned to a space, it stays there -- so the number of combinations available to fill a blank space on the board decreases throughout the game. If a player lands on a 'Wild' space, they can try for any combination, then move their piece to the appropriate space and steal ownership. Also, if a player gets a Yahtzee, they can ignore the space they're on and claim ownership of any space on the board. Once all combinations have been claimed, each player gets one more turn in which they're allowed to keep playing as long as they keep stealing ownership of a card. Whoever has the most chips on the board at the end of the game wins. A very interesting twist on the classic Yahtzee mechanism.