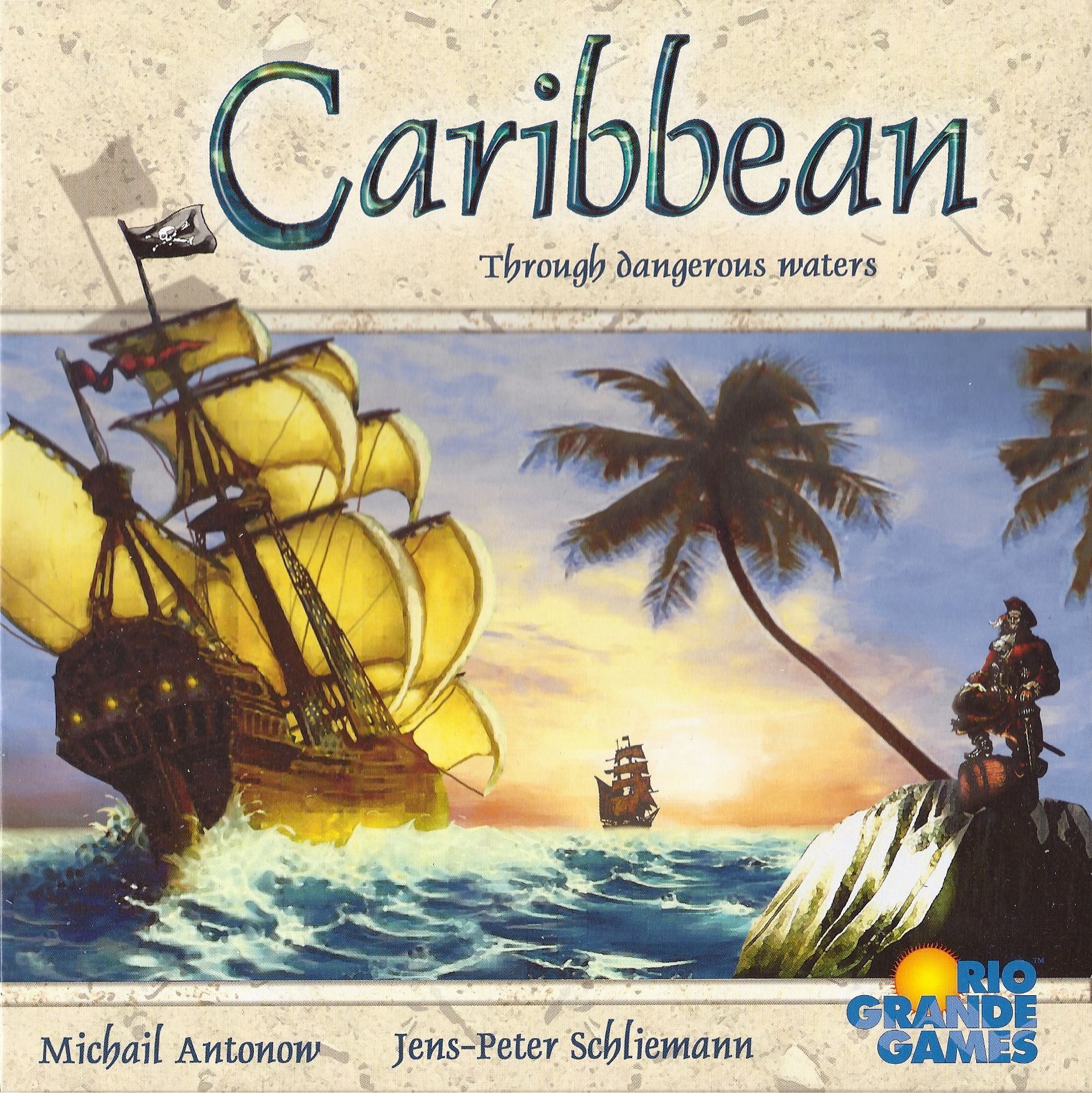 Description of the game play from co-designer Michail Antonow: The board shows the Caribbean in the 18th century. Six pirate ships lie in wait on sea, ready to pillage the rich ports or to rob the booty from other ships. The sea is divided into spaces. Each player is in possession of three safe havens, marked in his color on the board. If only two or three players are playing, the safe havens in the vacant color(s) are treated as normal sea spaces. The aim of each player is to lure the pirates to deliver treasure crates to one of their own safe havens, and not to the safe havens of the opponents. The pirate ships do not belong to any player. That is why the players must bribe the pirates each time they want a pirate ship to act on their behalf. And what is the greatest temptation for a Caribbean pirate? Rum of course, barrels full of rum! In every round the players try anew their best to bribe the pirates. The player who has offered the most rum to a ship gets to move that ship as many spaces as the number of barrels shown on the bribing chip. An active ship can (a) rob a crate from a port or from another ship, (b) reach a crate over to another ship, (c) swap crates with another ship, and/or (d) deliver a crate into a safe haven. The aim is to have the most doubloons at the end of the game.