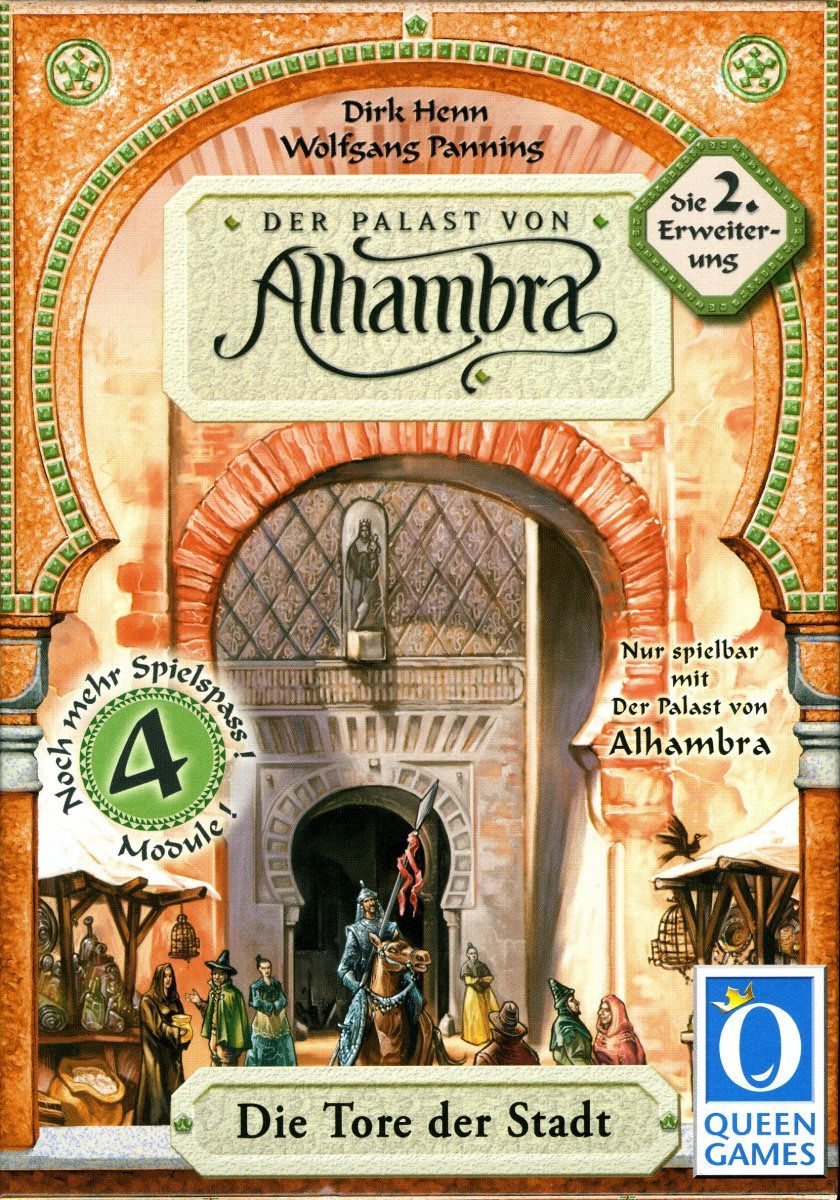 This is the second expansion for Alhambra. This expansion contains four new modules, similar to the first. The modules are as follows: -Feldlager (8x) (the camps) Tiles with 1-2 walls on the sides. You can buy these and place them outside of your wall in certain orientations. In the final counting, each tile in the row, where you placed the camp adjacent to, counts 1 more point. -Diamanten (11x, value 3-9) (the diamonds) a universal currency Can be used instead of certain money color, however no mixing allowed, and worthless in the final buying round at the end of the game. -Characters (10x) Characters with different, unique abilities. 6 of them mixed in the money drawing stack, these turn up from time to time and are auctioned out between the players. Abilities like e.g. "counts as 8 points," "exchange one open-for-sale-tile against a new one from the stack," "draw one money card, if you have fewer than 3 cards at the beginning of your turn," etc. -Tore der Stadt (6x) (the city gates) name giving extension Popping up out of the money drawing stack, they can be placed where you have 2 adjacent parallel walls. The walls no longer count, enabling to build behind the wall. Expands: Alhambra