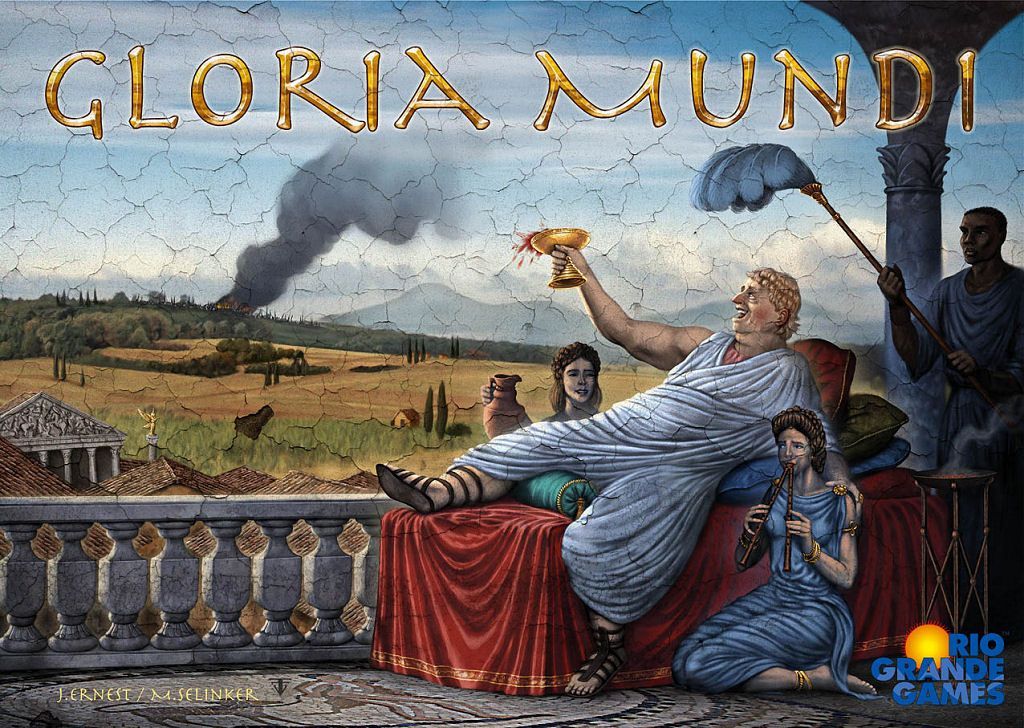 From the designers: Gloria Mundi is a board game for 2-6 players set during the fall of Rome. You're a Roman statesman struggling to survive in this era of cultural decline and political chaos. While foreign invaders and domestic incompetents devour the last resources of the Empire, you'll try to build your career out of the rubble. You start in Rome, and the Visigoth starts on the outskirts of a spiral board. Each turn, you play and purchase cards that produce resources and give you special effects, as well as allowing you to move further out from the doomed Eternal City. Then the Visigoth moves toward Rome, destroying your cards... unless you spend your precious resources to bribe him. When the Visigoth reaches Rome, or a player reaches the outskirts of the empire, the game is over and the player who has fled the furthest from Rome wins.