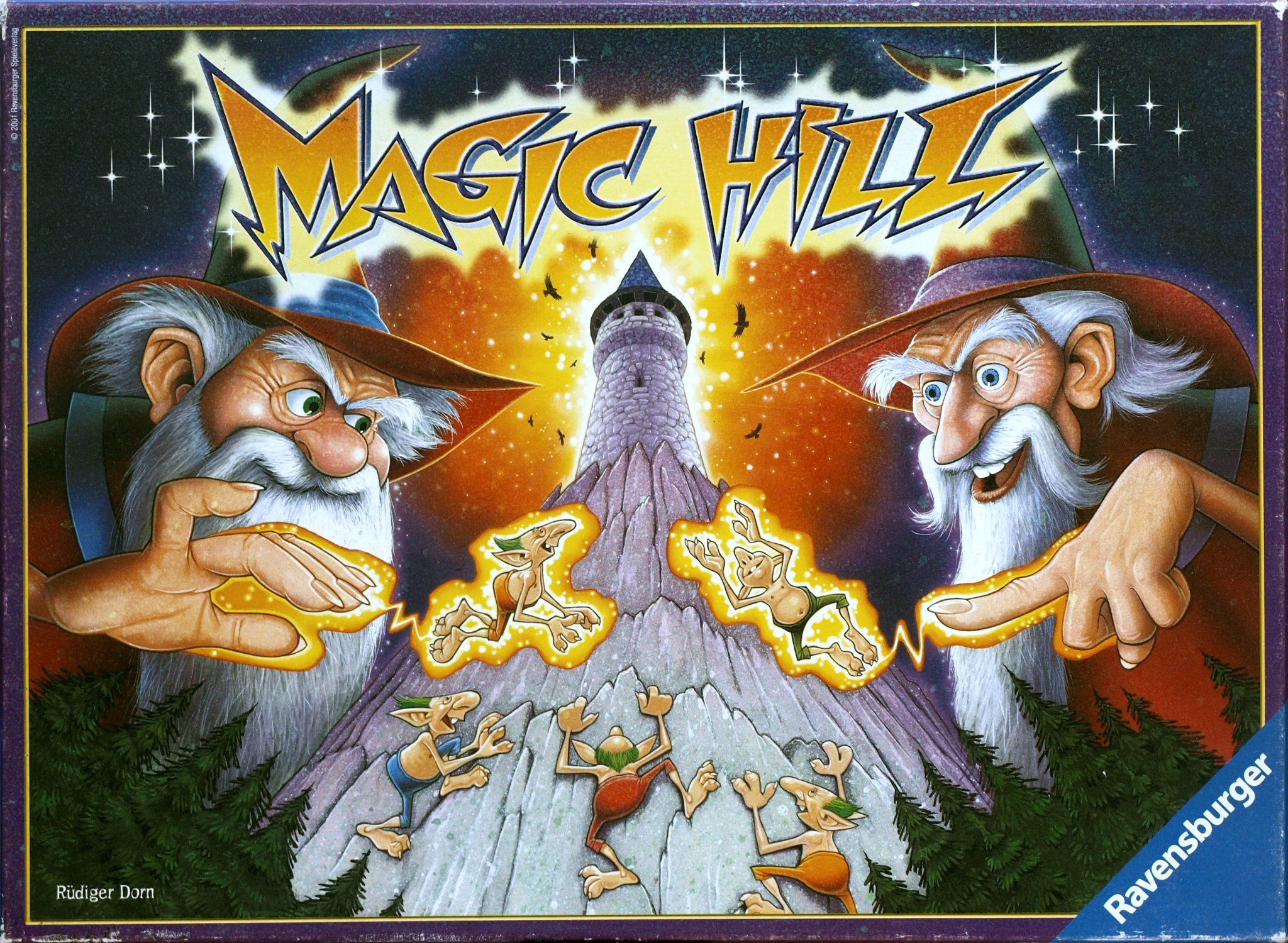 The players are wizards who control five goblins each. Each wizard is trying to be the first to get one of his goblins to the top of the magic mountain. This is done through card play. Two or three numbered cards may be played per turn. The first card determines which goblin moves. The second/third cards determine how far the goblin moves. Goblins ascend the five-tier, 3-D board by landing on top of another goblin. There are also special event tiles that can help or hinder players, and magic stones, which can increase the number of cards in a player's hand.