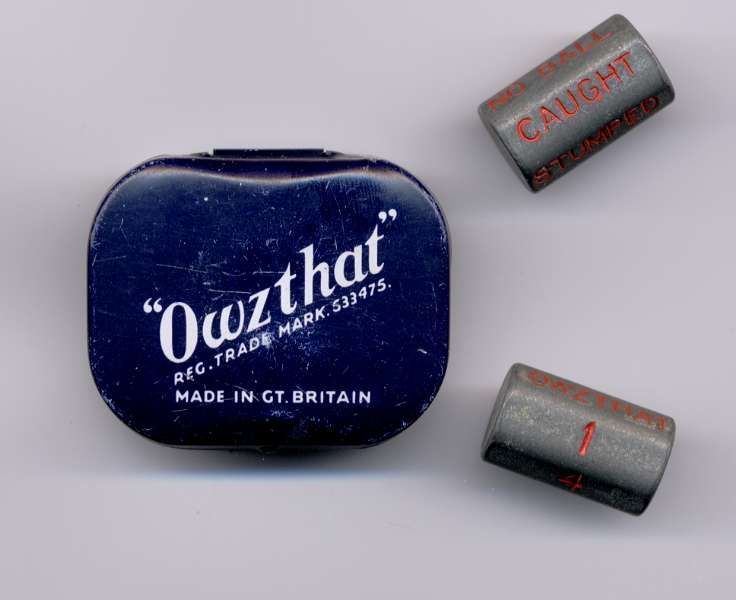 Owzthat is a simulation of the game of cricket using dice. The game consists of two unique dice; one of them labelled with numbers, the other with words. The idea is that the player who is "in" rolls the numbered die, scoring the number of runs as shown on the die. This continues until he rolls the side of the die with the word "Owzthat!" (a corruption of "How's that", an appeal in cricket). Then, the other die is rolled. The faces on this die show different ways of being out, such as caught, bowled, etc. On this die are also two ways of being not out i.e. the appeal is turned down. If the player is not out, he continues to roll the first die. If he is out, he continues his innings with his next batsman, as in a real game of cricket.