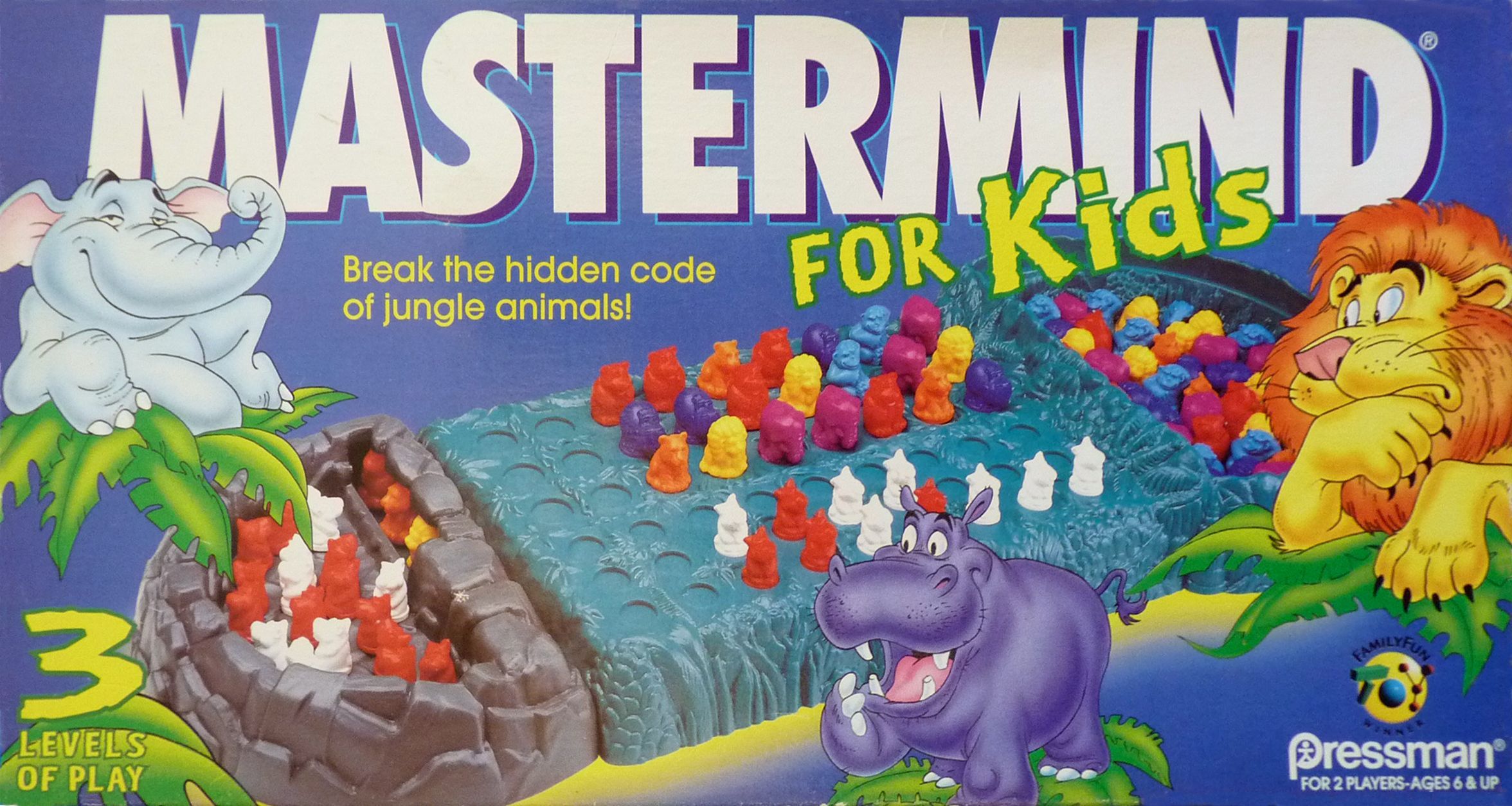 This version of Mastermind has 3 holes in each row, rather than the standard 4. Some editions have a jungle theme. The code maker secretly sets up a line of 3 jungle animals in the code holes using any combination of the six colors and hides them behind the Rocky Mountain section of the board. The codebreaker must now try to guess the secret code by placing jungle animals in the large holes. Each time the codebreaker places a row of jungle animals, the code maker will let them know how they're doing by using the red and white creature pieces. The winner is the player who guesses the opponent's, code in the fewest turns.