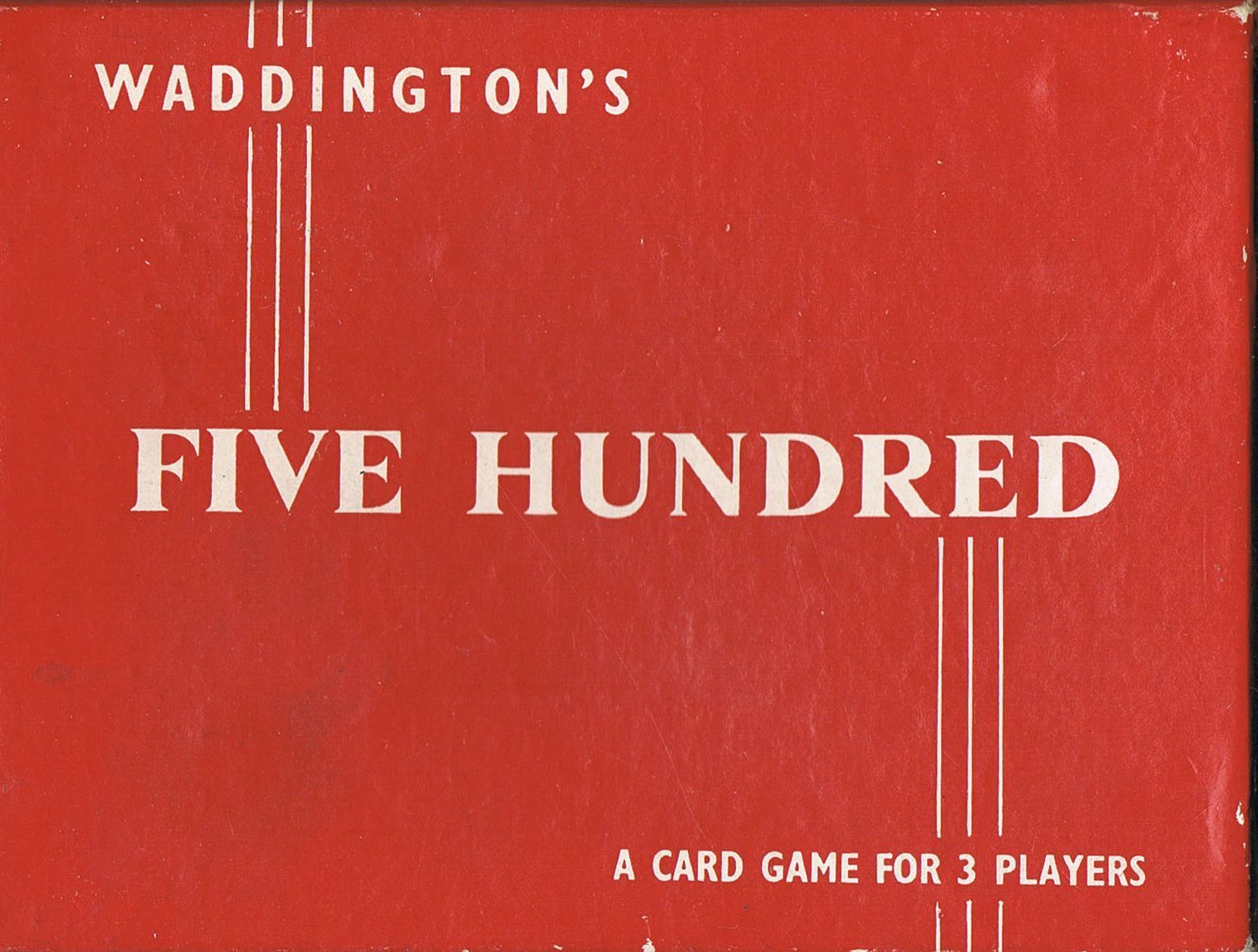 Five Hundred (500) is a simple trick taking card game that uses a standard deck of playing cards. Each player is dealt ten cards, and bids to take 6-10 tricks with the help of cards in the kitty. With 4 or 6, it's usually played in partnerships. Two or three players use a 33 card deck with all 2-6's removed plus a Joker added. Four players use a 43 card deck: remove 2s, 3s, and black fours (leaving the 4 of Hearts, 4 of Diamonds) and a Joker added. Five players use a 53 card deck with only a Joker added. Six players need a special deck of 63 cards with 11's, and 12's in each suit and a 13 of Diamonds, a 13 of Hearts, and a Joker. The variant most popular in French Canada is four players (in partnerships) with a 46-card deck (removing all 2s and 3s, and adding two Jokers, a black-and-white one and a coloured one). Decreasing card strength is white joker, colour joker, first and second "edges" (the trump jack and the matching colour jack), ace, king, queen, 10 down to 4. Decreasing bidding strength is hearts-diamonds-clubs-spades. A special hand is "nulot", in which a player tries not to take any tricks; his partner sits out the hand.