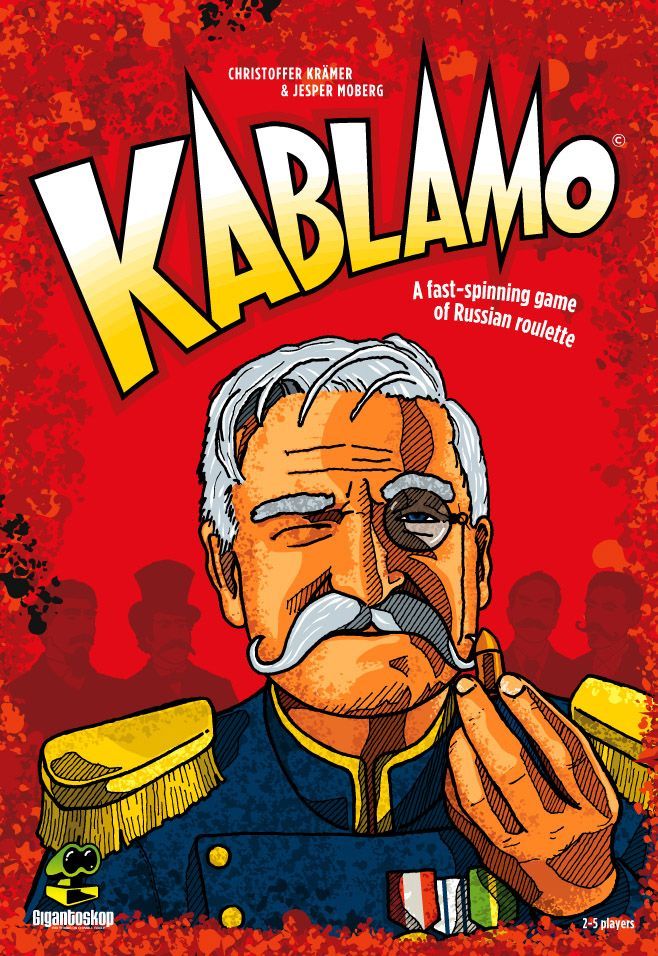 A game of "Russian Roulette". Each player is given a board depicting the (rotating) barrel of a gun with a space for each of the six chambers it has. The gun is loaded by playing counters (representing bullets) on the spaces. Bullets come is various types: some kill you when fired, others allow you to change the position of bullets (either in your gun or that of someone else), or modify the behavior of bullets. In addition, each bullet has a priority on it. Each turn, all players simultaneously fire their gun, rotating their barrel by one position and revealing the top bullet. The actions of the bullets fired are now resolved (order decided by priority of the bullets). Guns are reloaded by randomly drawing new counters and playing them on the empty spaces.