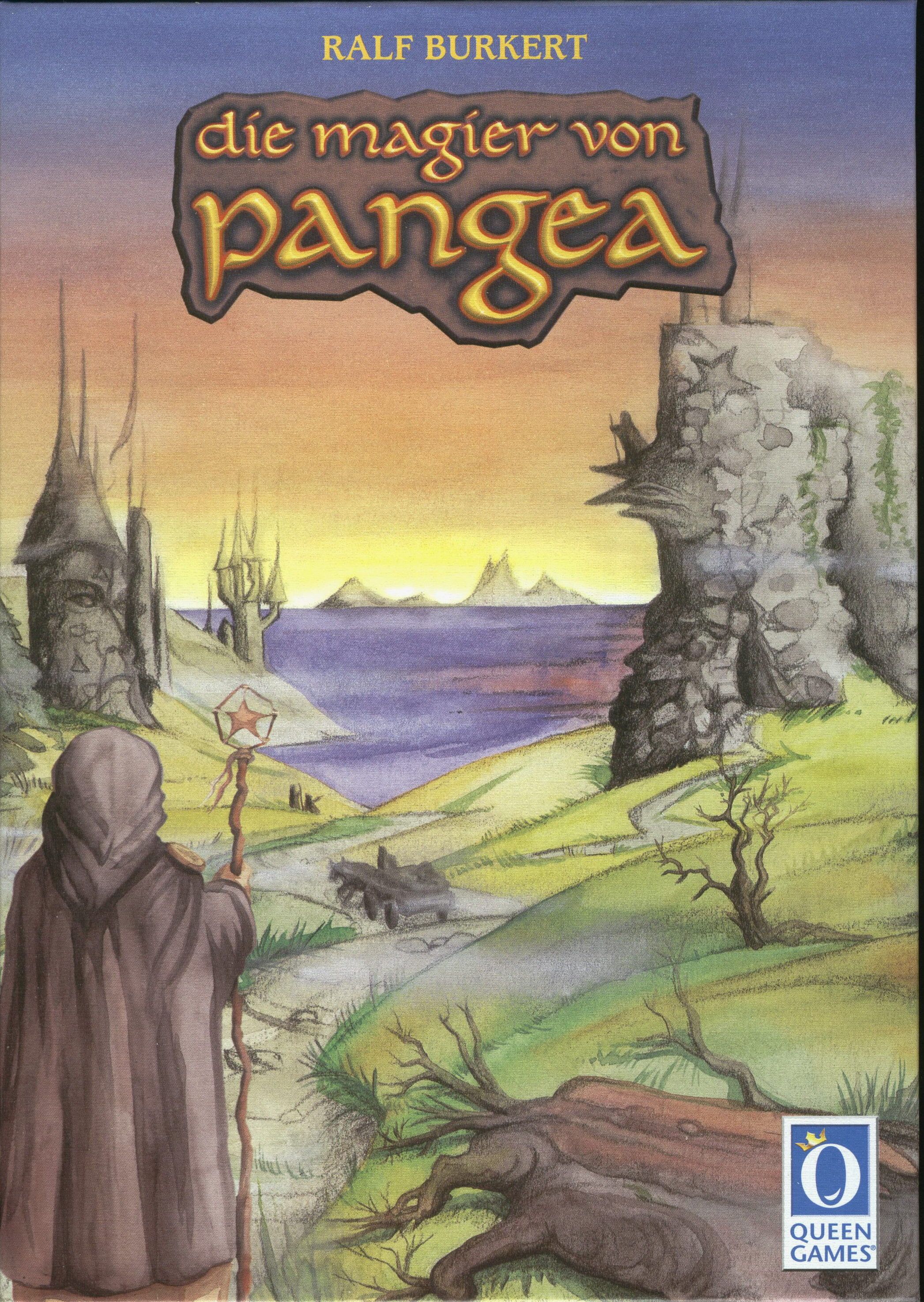 A game with a modular board in which landtiles can be moved around on a sea, hence Pangea. There are five different tile types, for each of which there is a tribe that can produce goods there. Each player has tribes in only three types. A tile has a maximum number of inhabitants, no production takes place if there are more tribes on a tile. The game is won by obtaining amulets, these can only be bought from opposing tribes which are currently producing. Amulets increase the magical power of a player. Magic can be used create new tribes or move neutral ones around, but can also be used to move landtiles around.