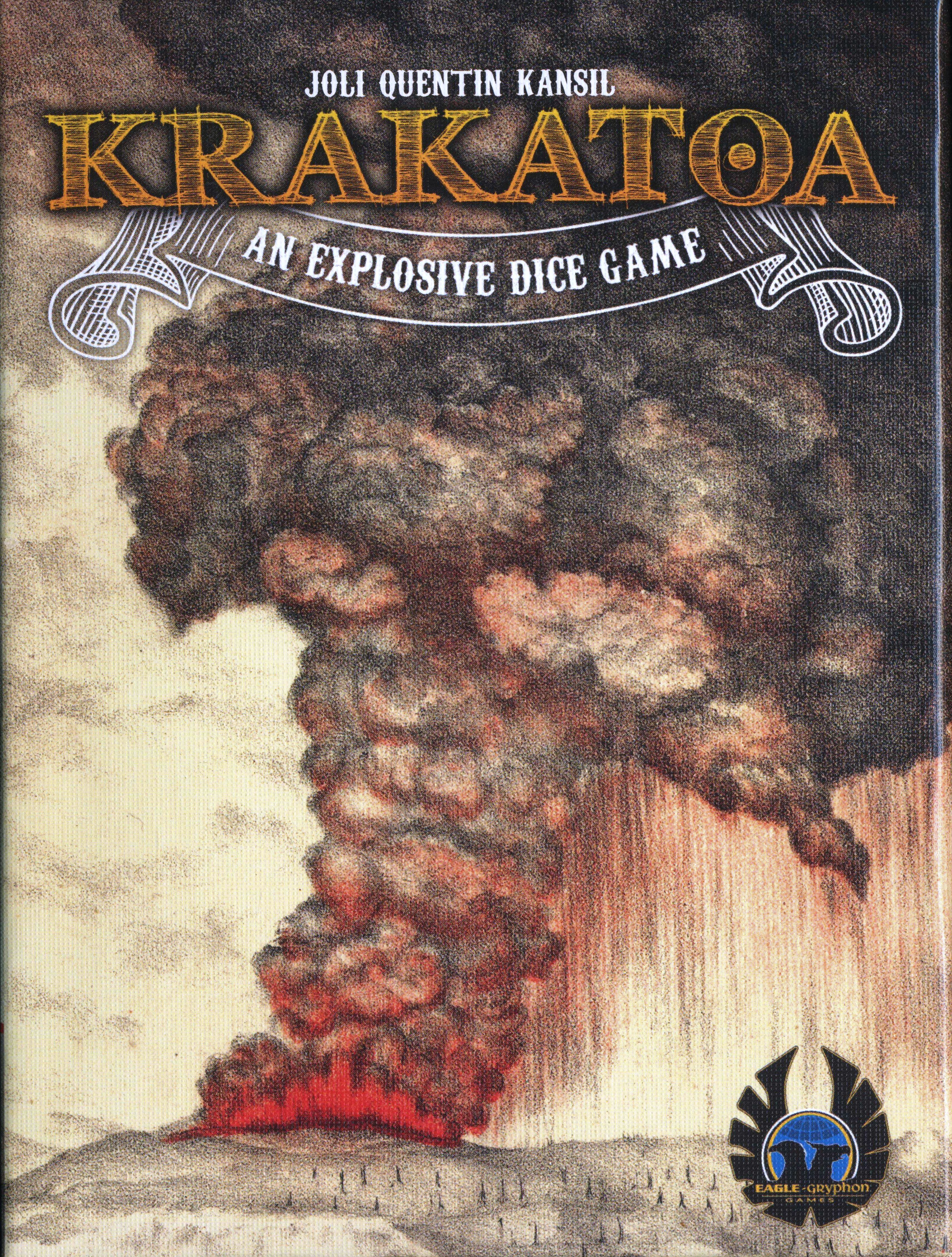 Using nine 12-sided dice, Krakatoa is one of the most unusual dice games ever released. The dice are divided into three sets of three, which are colored white, grey, and black to represent steam, ash, and lava. In addition, each die face contains not a number, but a colored dot of yellow, red, or blue. The game lasts six rounds, with each player taking five successive rolls of the dice and scoring after each roll. After the first roll of each round, the player must pick up a specific set of dice, such as steam, and roll them again, striking at least one of the dice still on the table. Skill in precise dice rolling can result in a high score. Players receive points for different combinations, such as a set showing all yellow sides for ten points. Strategy comes into play as certain target scores and scoring combinations can result in large bonuses.