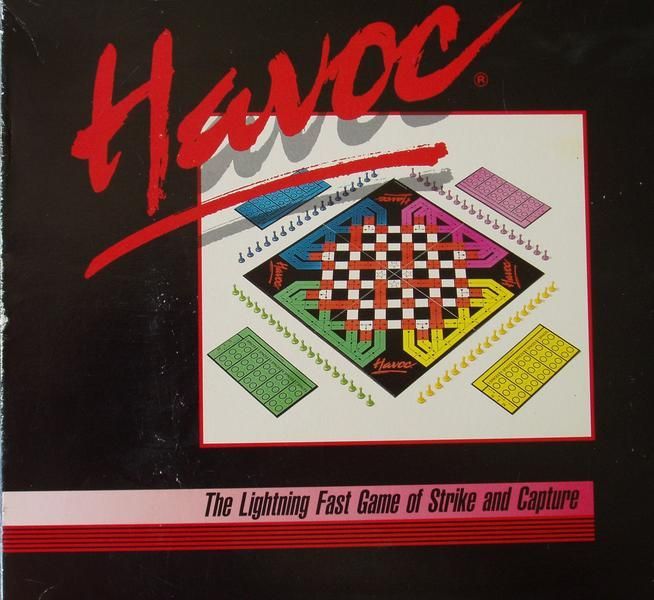 In Havoc each player has 17 pawns which start in his home area or waiting to enter. Each turn you move three pawns one or two spaces each. The board shows a fairly complex network of spaces, most of which have arrows on them showing mandatory movement direction. Some spaces have two arrows, offering a choice. In the center the board are four spaces with stars on them. If you move onto an opponent's piece, you capture it and place it on your "Speed Card". As your speed card fills up, you move faster: capturing two pawns allows one of your pawns to move up to three spaces while the other two may still move only one or two spaces. Capturing four pawns allows two pawns to move three spaces each, and your sixth pawn captured lets you move all three pawns up to three spaces. Once you've captured eight pawns, one may move up to four spaces, and so on. The game is basically following the arrows and moving around the paths trying to capture opponents. You can also capture pawns by moving onto two star spaces in the same turn. These can be captured from opponents' starting spaces or from an opponent's Speed Card. Last person with any pawns left alive wins the game.