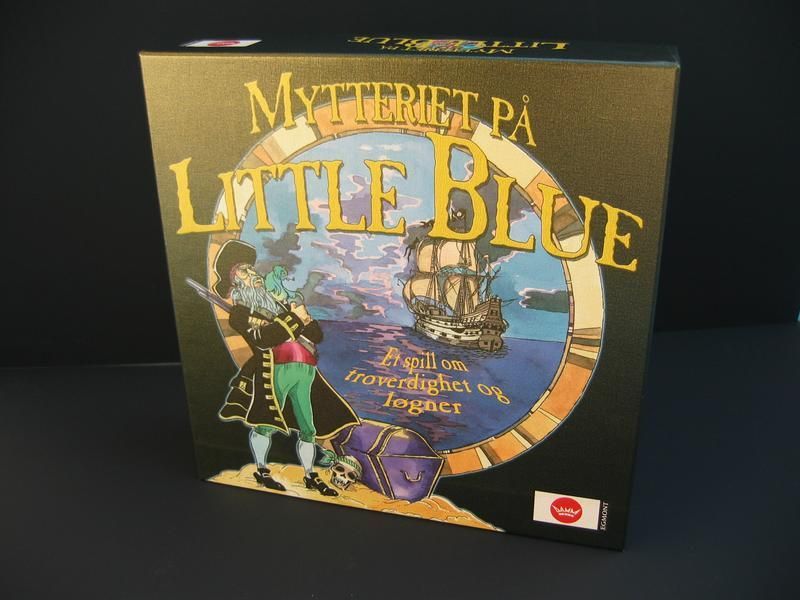 The Mutiny on Little Blue is a negotiation game for 3-7 players, with a playing time of 45-60 minutes. The goal of the game is to collect the biggest share of different kinds of treasures; preferentially by lying, tricking and trading. The ship ”Little Blue” is sailing from island to island, on a hunt for treasures and riches. There are 7 people on board: The Captain himself, the captain’s close friend Albert, the Digger who will dig for the treasures, the Gunner who will keep the natives at an arm’s reach from the adventurers, the untrustworthy Boatsman, and, of course, two Mutineers who are just waiting for the right moment to seize command of the ship. Every time the ship reaches a new island, the Captain must choose one other crew member to take with him ashore to find treasures. The others must stay behind and look after the ship. The Captain, however, is a very old and senile man. His eyesight is bad, and on top of that, it is a very dark and foggy night. So it is very difficult for him to know who is who among the crew members. To get ashore with the Captain, and get a fair (?) share of the treasures, the crew members are willing to do whatever it takes to fool the poor Captain: Including lying, tricking and conspiring.