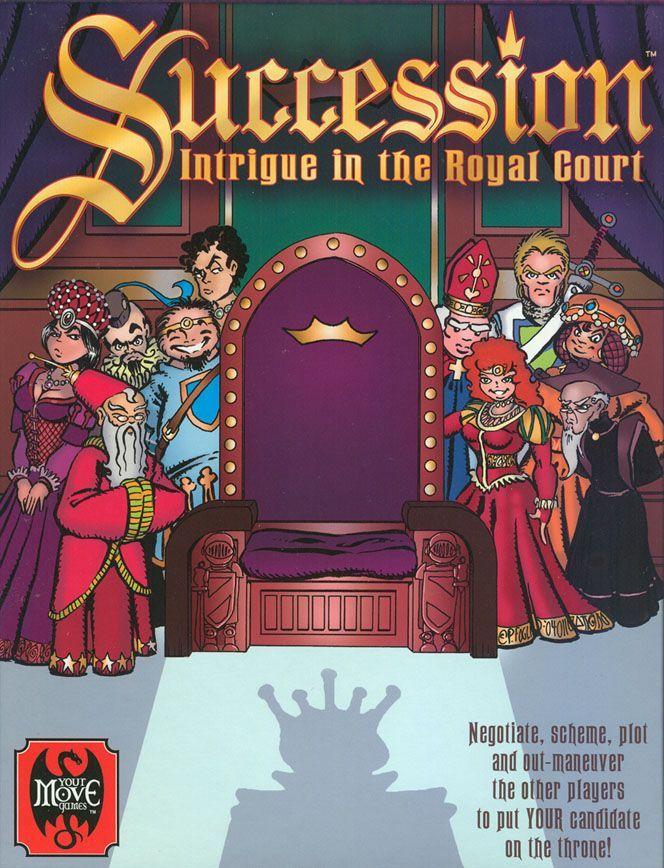 Ever dream of being King or Queen, of ruling the land with an iron fist, the way the Queen of England rules Canada? Well dream on. Succession ends when the aging King chooses a successor to the throne. Of all the worthy citizens of the land, the King has narrowed his choice to five candidates. You are not one of them. As a courtier, master of palace politics, you will manipulate the King's opinion of the candidates through intrigues -- bits of gossip, good and bad reports, etc. Just as important, by claiming credit for things you may not have done and avoiding blame for things you probably did you'll manipulate the opinions of the candidates. That way when the King makes his selection you're set to be the power behind the throne rather than the next court jester. To do this, you'll have to out-bluff and out-maneuver the other players, manage your resources carefully and decide when to fight and when to sit on the sidelines and watch your opponents beat each other up. Succession is a game of politics and deal-making lasting from one to three hours (1-2 hours is typical). You can offer other players gold, cards, or promises of future behavior in exchange for what you want. Be creative! Succession was launched at GenCon Indi 2004.