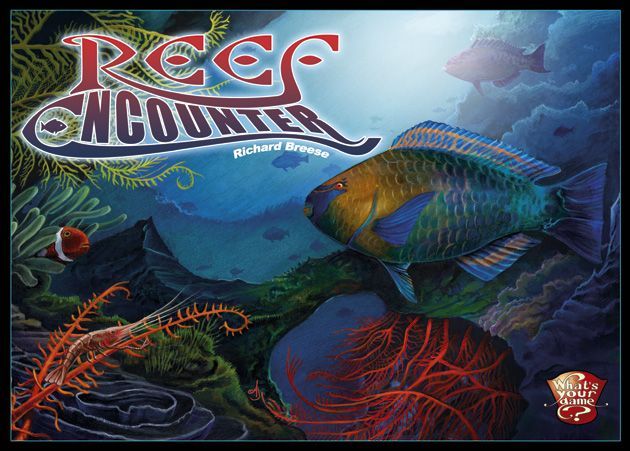 Reef Encounter is about life on a coral reef! Using polyp tiles, players grow different types of corals, which they can protect from being attacked by other corals through judicious placing of their four shrimp counters. To be successful players must consume polyps from neighboring corals in order to acquire the 'consumed' polyp tiles that are the key to the game. The consumed polyp tiles have a myriad of uses (and have a similar effect to the action points in games like Tikal and Java). Most importantly they can be used to flip over or lock the coral tiles, which determine the respective values of the different types of coral at the end of the game. Description from the designer, Richard Breese. Expanded by: Reef Encounter of the Second Kind