1860: Railways on the Isle of Wight - Universal Statistics 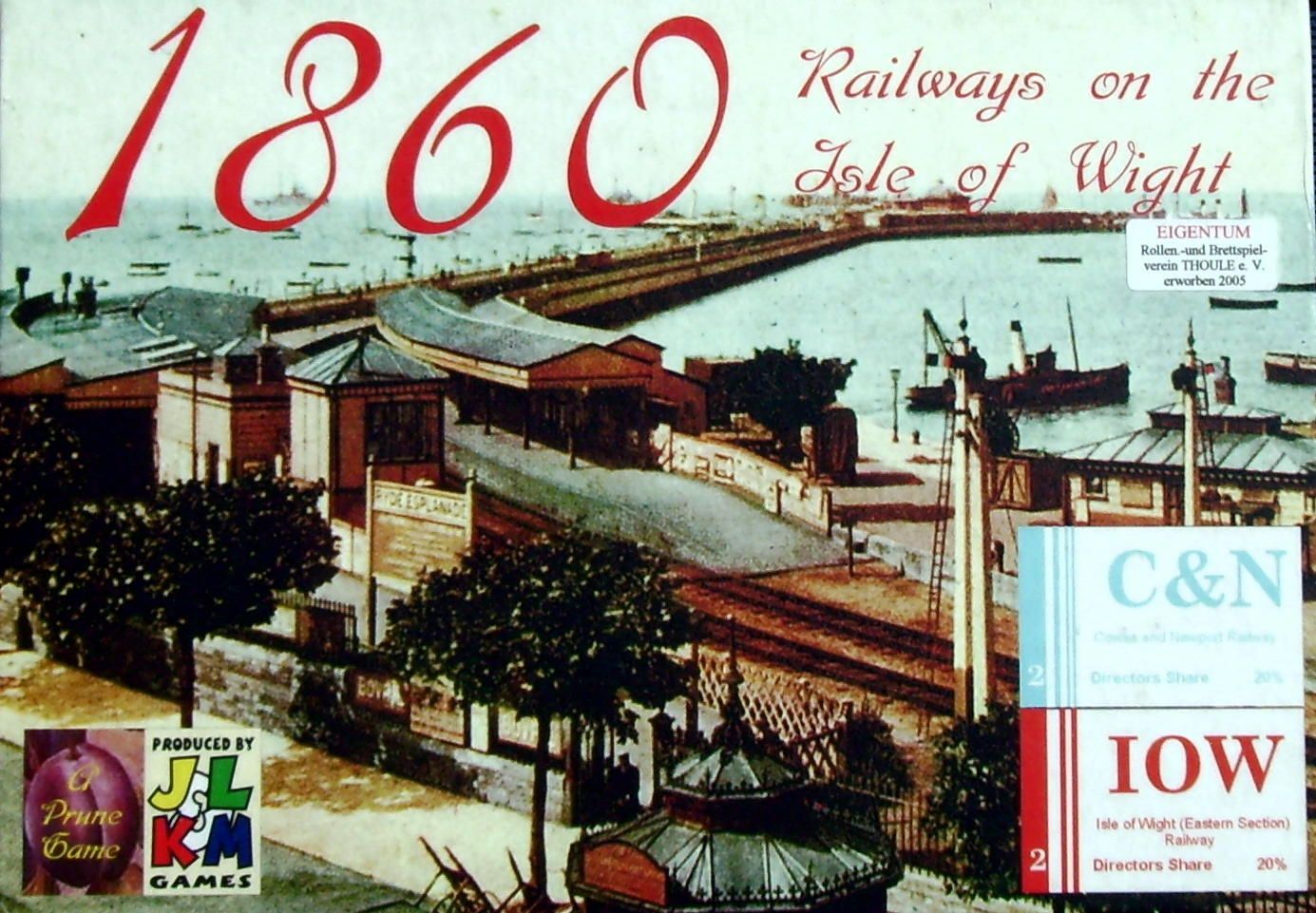 A game tracing the development of railways on the Isle of Wight, 1860 is part of the 18xx series of economic railway games, based on Francis Tresham's original concepts. The game is notable for the small size of the board compared to many 18xx games, and its innovative game end: The climax of play sees the beginnings of railway nationalization in the United Kingdom, with the weakest companies being eliminated from private operation earlier than those which are the healthiest. The game was initially produced in a small print run of c.100 copies. JKLM and Z-Man games released a larger, but still limited, 2nd edition (with an alternate map) in 2010.