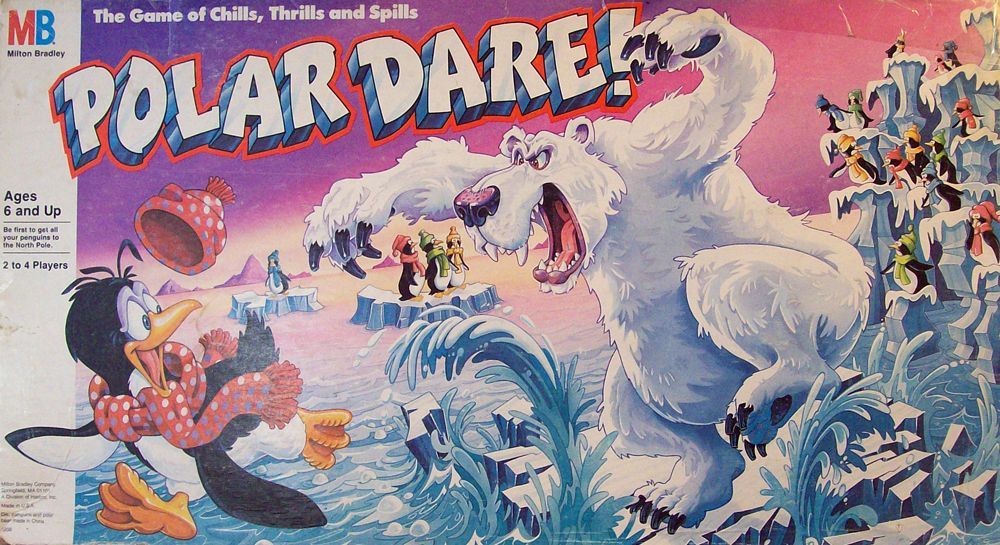 In an alternate universe where the Arctic and Antarctic have somehow merged, you are racing your penguins across ice floes, whilst avoiding the hungry polar bear. The board is a 4x4 array of movable ice floes; more exactly, each one is either on the right or the left of its square, and this is critical for adjacency. You split your movement points between your penguins and moving the ice floes (which is good when you can shift several carried penguins), but sometimes the dice have you move the polar bear instead. It chases after penguins, sending them back to the starting area. A simple game that is nevertheless enjoyable (in a light way) by adults. The game has some similarities to the German game Im Reich des weiÃŸen BÃ¤ren that was designed by Charles Lerue and published by Schmidt Spiele in the same year (1991).