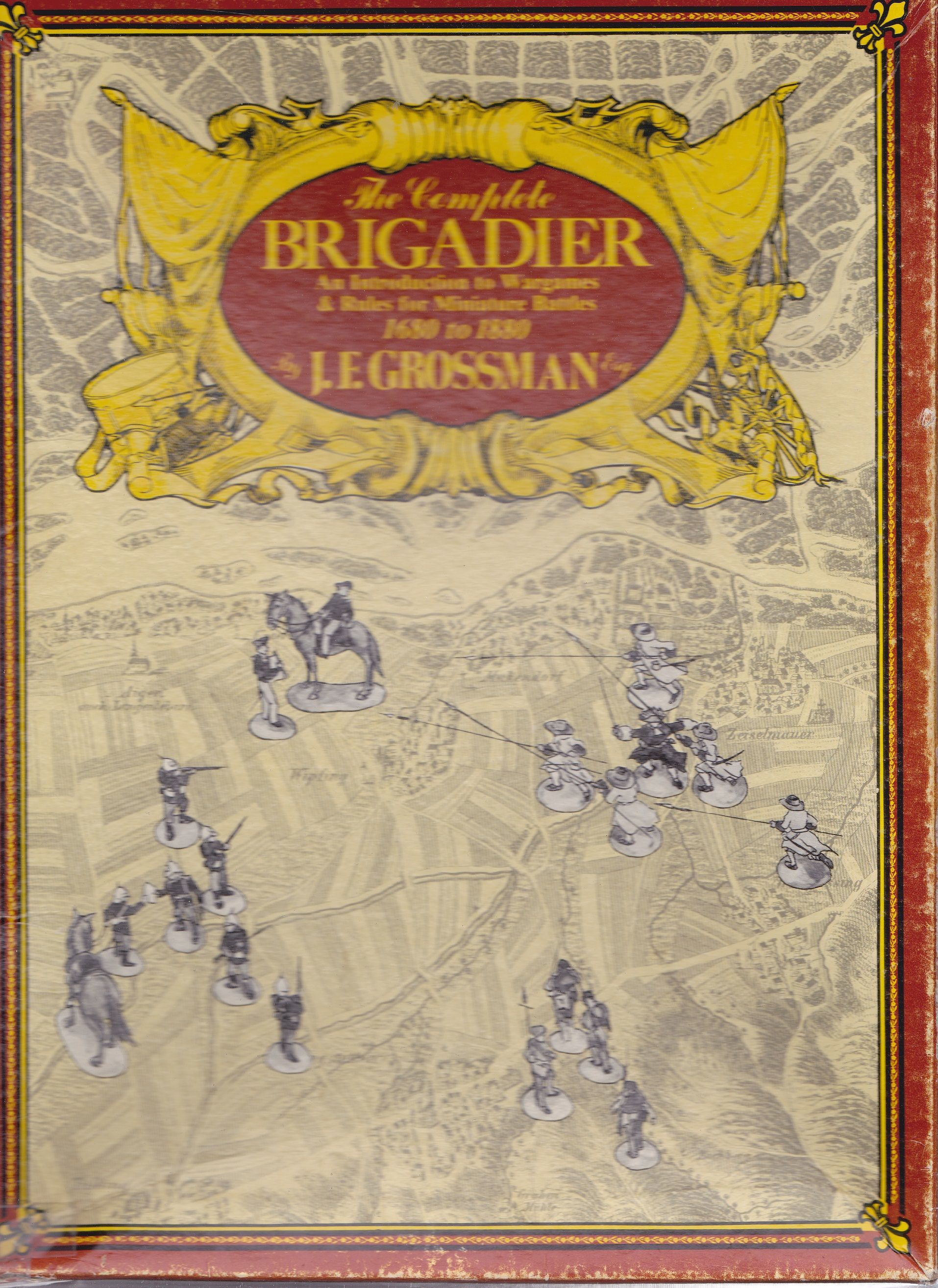 A boxed miniatures rules set that included die-cut counters for about 150-figures worth of troops, enough to form a standard brigade. Game is very strongly oriented to the player as the brigadier, leading his black powder-era brigade against a similar force. Includes scenarios from the French & Indian War, American Revolution, War of 1812, Mexican American War and Civil War. Includes data for warfare throughout the period 1680-1880 and all over the world. Besides a well-indexed and nicely illustrated rule book, there is a second booklet with a comprehensive introduction to miniature wargaming. The game system is diceless and order based, resulting in a chess-like atmosphere when pitting two similar forces against each other. A typical brigade under the rules consists of the brigadier, four 24- to 30-figure line infantry units, one 24- to 30-figure light infantry unit, a 24-figure cavalry unit and a 2-3 gun artillery battery with 12-18 gunners.